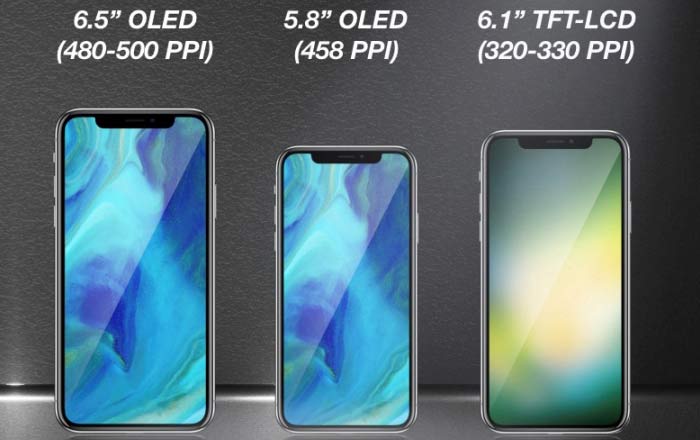 Apple may finally release its first dual-SIM iPhone next year, a massive change which could help it attract customers who prefer having 2 SIM cards handy. This is as per a report by noted analyst Ming-Chi Kuo which also touched upon the growing importance of Intel.

Kuo believes that at least one of the 2018 series of iPhones will support dual-SIM dual standby (DSDS). To recall, he had last predicted that there would a second-gen 5.8-inch OLED iPhone X, a 6.5-inch OLED iPhone X Plus, and a 6.1-inch LCD iPhone. All 3 are expected to boast of bezel-free screens.

The report claims the next-gen iPhone models will support LTE + LTE connections to enhance user experience, shunning the LTE + 3G route many handsets take nowadays. However, it doesn’t specify if the device will feature a dual-SIM slot or an embedded SIM (e-SIM) setup.

As for Intel, it seems over 70% to 80% of the next iPhone lineup’s baseband chips will be supplied by the firm. The rest is set to be handled by Qualcomm. Specifically, Apple might include the Intel XMM 7560 and Qualcomm Snapdragon X20 modems. Both support a 4 x 4 MIMO antenna design, light years ahead of the current 2 x 2 MIMO found in the iPhone 8 and iPhone X.

Kuo is taking this as proof that the 2018 iPhone family will be able to achieve faster LTE transmission speeds. 2 separate reports had previously highlighted that Apple was working on a 5G iPhone with Intel and was seriously considering ditching Qualcomm completely next year.