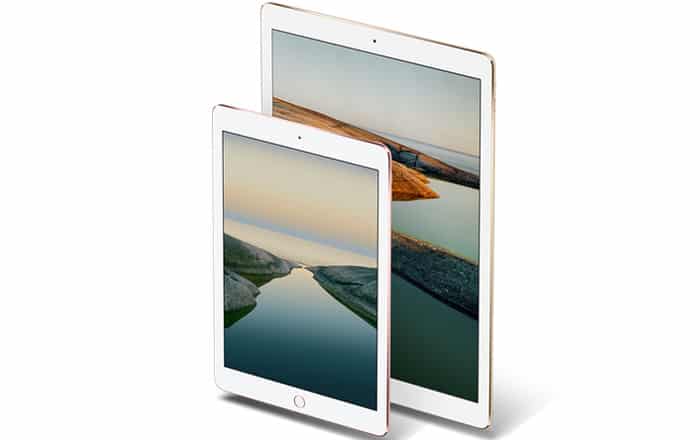 With the launch of the 2016 MacBook Pro done and dusted with, Apple is now looking ahead to the future of its iPad series of tablets. Barclays analysts are now alleging that the tech behemoth is going to add 3 new members to its lineup in March 2017.

The most interesting slate out of the new lot is a rumored 10.9-inch iPad. This tablet is expected to have no bezels, a brand new development. It’ll apparently still carry the same real estate footprint as the 9.7-inch iPad Pro as a result of this revamped design.

AppleInsider notes that this is the third size which has come to the surface regarding Apple’s plans for a 10-inch to 11-inch range for a future iPad. If it is indeed borderless, the device could be considered a handy glimpse into what the company plans to do with the iPhone 8.

The handset is expected to be composed of two sheets of glass bound together by a metal frame, with the front panel composed of just a screen with no bezels or a physical home button. However, there’s no telling what Apple is cooking up for its 10.9-inch iPad.

Moving on to the other two slates, Apple is supposedly going to launch refreshed 9.7-inch and 12.9-inch iPad Pros. As per the report, the first won’t be a premium model in spite of having the Pro moniker attached to it. Instead, it’ll be a low-cost model sold alongside the likes of the 7.9-inch iPad Mini.

Speaking of the iPad Mini, Apple isn’t likely to launch a refreshed version of the tablet in early 2017. As for the 12.9-inch iPad Pro, previous speculation had held that it would be getting a True Tone display just like its smaller 9.7-inch sibling.