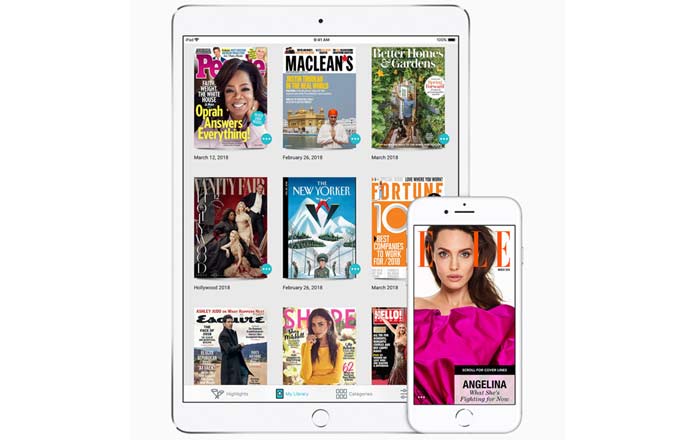 Apple is officially entering the publishing business through the acquisition of digital magazine service Texture for an undisclosed amount. The brand already has a music subscription service in the form of Apple Music and is currently developing its own video streaming service, so the new purchase will round off its portfolio when it comes to reading.

Texture has been around since 2010, allowing users to access over 200 magazine titles for a monthly subscription fee of $9.99 only. It’s often been referred to as the Netflix of magazine publishing. Apple hasn’t actually announced what it intends to do with the firm, but it seems like the app will be allowed to continue on as is.

The Texture app should therefore continue to be available for iOS, Android, Windows 8, Windows 10, and Amazon Kindle Fire. Apple took the same approach with Shazam, but only time will tell if any major changes occur further down the road for Texture.

Apple could use Texture to improve its Apple News app. To recall, the company used to have a Newsstand application which didn’t really take off, eventually resulting in it getting incorporated inside Apple News. The key problem was that it was essentially a place for different magazine apps in different formats to live under without any cohesiveness.

This could change with Texture since the service brings together a huge assortment of magazines in the same format, making it easier for users and publishers. We’ll have to wait and see what Apple has planned for the app. Perhaps iOS 12 will breathe some life into its magazine collection.