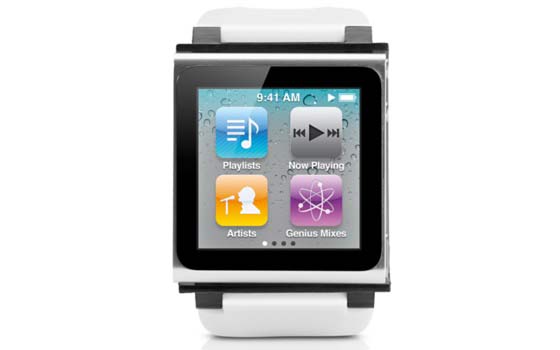 The Apple iWatch seems to be taking a step closer to reality with each passing day, seeing as the conglomerate has filed a trademark for the device not only in Russia and Japan, but also Mexico. The documents have pointed out that Apple has been registering for the brand name under the hardware as well as the software category.

Even though it is now that we have learnt of the company undertaking this step, the guys from 9to5Mac state that the request for the Apple iWatch trademark was made way back on June 3. The article also revealed that Maria Teresa Eljure Tellez who heads the trademark department in a Mexican law firm named Arochi, Marroquin, & Linder, S.C., had been in charge of submitting the application.

In addition, there’s quite the possibility that regions like Taiwan, Turkey and Colombia might stand witness to the wearable computing gadget. The Apple iWatch will most probably serve a purpose similar to the existent smart watches, which should cover mapping and messaging amongst other tasks. And just like similar Android accessories which can be paired with handsets and tablets running on Google’s mobile OS, the device in question ought to be compatible with the iPhone, iPad and iPod touch as well.

It looks like the smartphone category is getting too cluttered which is probably compelling manufacturers to concentrate on other markets as such. With Sony as well as Pebble already in the loop and rumors of the Cupertino-based manufacturer crafting the Apple iWatch, it is safe to say that it might be only a matter of time before Samsung and HTC foray into this section.

From what can be gathered, the iWatch will not be peeping out of the box until the final quarter of this year or maybe even late 2014. In the meantime, the forthcoming launch of the iPhone 5S, the next generation iPad and even the cheaper variant of the manufacturer’s smartphone, should help keep loyalists busy.