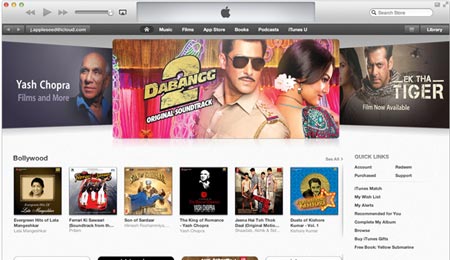 The Apple iTunes Store has landed in India and over 50 more countries including South Africa, Turkey and Russia. Several million songs are available in the online store – for as little as Rs. 9 for a single track – and form a collection of local and international music.

Apart from having the biggest and best known artists featured, the store will offer songs from local musicians such as A. R. Rahman in India, Elka in Russia, Zahara in South Africa and Sezen Aksu in Turkey. There is also a place for famous classical outfits including the likes of Yo Yo Ma, Yuja Wang and Lang Lang. 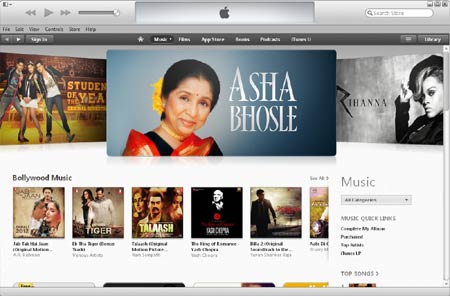 Using a cloud feature, iOS users can get their previously purchased iTunes music downloaded to any Apple devices they own, at no additional cost. Sticking with the attribute, all new song purchases also get the same treatment; and what’s more, even music not purchased from the company’s store can be linked up with all users’ iOS gadgets, through a service called ‘Match.’

And the iTunes Store has more to offer than music. Movie fans will also find a reason to rejoice with several choices of films to rent or buy. And while many are available in HD, Apple’s selling point is the sheer number of movies from major studios including Warner Bros. Pictures, Sony Pictures Home Entertainment, Walt Disney Studios and 20th Century Fox. 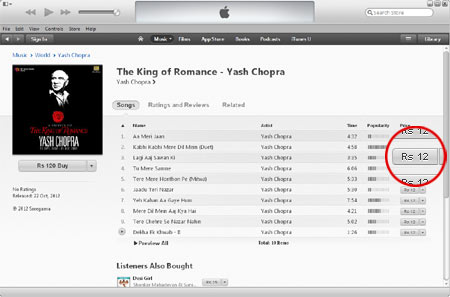 Apple has been pretty busy of late, and in the last five days we’ve seen the company make a strong attempt to strengthen its foothold and broaden its base in as many nations across the globe as possible. It all started on November 30, when the unlocked iPhone 5 was made available in the US through the Cupertino-based multinational corporation’s web site directly.

On the first of this month, the launch dates for the iPhone 5, iPad mini and the fourth generation iPad in China were made known, while yesterday we saw iTunes 11 unleashed. The new version brought to the table a number of upgraded features including new library views and recommendations. And just hours ago we heard that the latest iPhone is scheduled to make its way into South Korea this week. 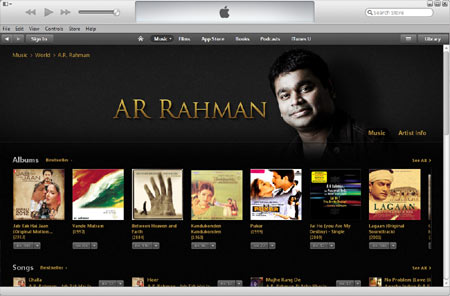 The Apple iTunes Store has now wriggled its way to 119 countries around the world and can be accessed by iPhone, iPad, iPod, Mac and PC users to purchase and download music online.