Apple is Breaking the Californian Law by Requiring Users to use AT&T with their iPhone, alleges Lawsuit 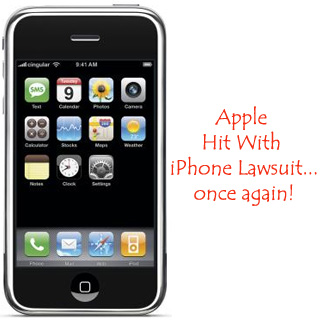 The iPhone may soon be called the cryPhone thanks to problems it seems to be getting into within months of its release.

The latest is that iPhone maker Apple has been sued for violating the Californian law by making available the device to only and only through AT&T’s network.

Timothy Smith dragged Apple into court accusing the company of breaching antitrust law by making it obligatory for users to only use AT&T with the iPhone. The suit is requesting an order against Apple to keep the company from selling the iPhone with any kind of service restriction.

Further on, the suit also asking to keep Apple from refuting warranty coverage for anyone who has unlocked their phones.

The suit also welcomes and does infact want all other Californian residents with the similar opinion to join in on the action against Apple. According to Smith’s attorney, Damian Fernandez, there will be perhaps over a quarter of a million iPhone users that will join in on the action, along with several thousand of them who’s iPhone are nothing short of “bricks” post unlocking the devices with the presently available software.

“Apple’s unlawful trust with AT&T substantially lessens competition and tends to create a monopoly in trade and commerce throughout the entire United States,” Saratoga Calif-based Fernandez claims in the suit.

There have been a few legal actions taken against Apple over the iPhone. One over the inability of the user to replace the battery when it wears out and another was over the $200 price cut Apple enacted last month where the woman who filed the suit claimed deceptive business practices.

Apart from the jury trial that asks the court to order Apple to unlock iPhones and offer warranty service to hacked devices; the lawsuit also demands Apple be forced to pay unspecified cash damages.