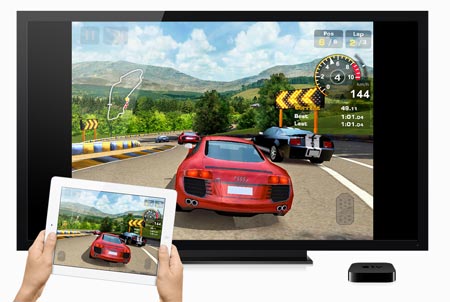 According to an industry analyst, Apple will launch an accessory called the iRing controller, alongside a 60-inch iTV, which will apparently allow the wearer to control the television by pointing their finger at it. This is not the first such rumor of the sort to crop up, and in the build-up to the June-July period we are likely to get more ‘leaks’ and ‘unofficial reveals’ relating to the company.

The report comes from a research note provided to AppleInsider by Brian White of Topeka Capital Markets, who believes the Cupertino-based company will launch a full-blown television set sometime before the end of the year. About the tiny wearable accessory, he describes it as a new concept not previously detailed.

The aforementioned website is reporting that White took a trip to China and Taiwan to meet with the company’s suppliers and during his visit picked up hints that the accessory will be used as a ‘navigation pointer.’ It will apparently enhance the ability to detect motion and it is thought to replace some functionality that a remote control provides.

But that’s not all. The report also touches upon a ‘mini iTV’ screen which will have a 7.9-inch display, the same size as the screen on the iPad. This secondary display, White believes, will offer users the convenience of streaming media to a portable device for use in video conferencing, home security and others. At this time it isn’t clear whether this mini iTV is a totally new device or whether an iPad will be made to function in an alternate mode.

Talking about this miniature television screen, the analyst thinks that it will work with the large 60-inch device at a distance of up to 200 meters, so that users will be able to watch programs and other content. What’s more, the speculation stretches to say that people will be able to use up to 3 7.9-inch screens with the main centerpiece.

White has said that this smaller device will not serve as a replacement to the iPad and is expected to have very limited functionality. Plus, the entire smartwatch debacle, it is thought, will be absorbed into the iTV ecosystem. The rumor starts to tread on thin ice when it suggests that the system could be priced between $1,500 and $2,500, and that we could also see the television in 50-inch and 55-inch versions.

The Apple iRing and the 60-inch iTV, at this moment, can only exist in the realm of our imagination. It’s hard to say with any certainty whether the company is actually planning something of the sort.