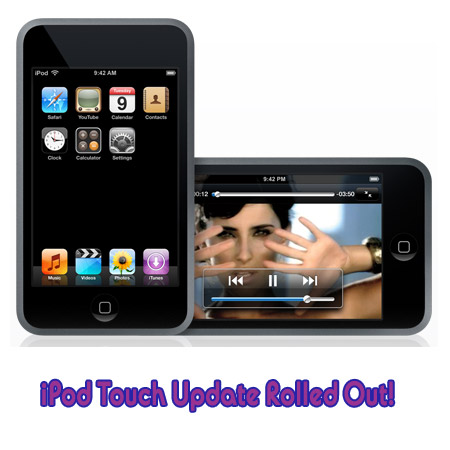 Apple has introduced iPod Touch software version 1.1.1, the latest update that according to Apple incorporates only “bug fixes.” A few days back, there was news that the screens of the iPod Touch were displaying dark images. But this update seems to rectify this video-display issue.

Macworld News went ahead and compared three separate iPod touch models both before and after installing the update. Prior to the update, the three models varied widely in display quality, with one displaying acceptable images, one capable of only mediocre image quality, and one with very poor image quality including several instances of the “negative blacks” issue, in which certain dark image areas appear inverted.

After the update, all three models were roughly comparable in terms of quality. The image quality of the good display didn’t changed a lot, but the other two models showed marked enhancement.

All iPod touch owners who are keen to update to the new version can do so via iTunes. When the iPod touch is plugged in, all users need to do is select it in the Source list and click Check for Update to begin the huge 150 megabyte download and installation process.