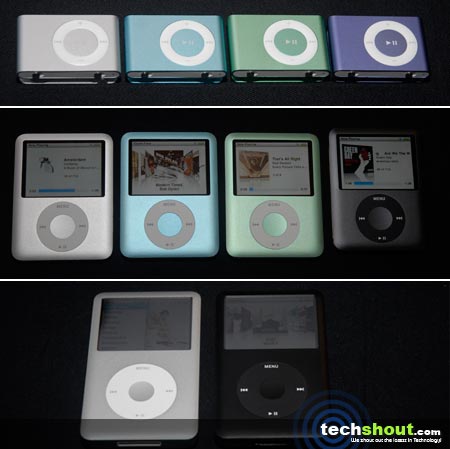 The New iPods are here!

Stunned, excited and thrilled, aren’t you? Well, we certainly were when we received the launch invitation of the new Apple iPods in India.

Today, Apple introduced its new series of iPods at Mumbai, India. The iPod Touch, iPod Classic, refurbished iPod Nano and iPod Shuffle all came to life amidst the appropriately décored interiors of The Intercontinental Hotel at uptown Marine Drive. Flying down from Singapore especially for the India launch was Yeo Eng Yiong, who is Apple’s Senior Product Marketing Manager (Portables) Asia Pacific.

The new iPods India event kicked off at sharp 10am, unlike most other events that we have attended that most usually go behind schedule by at least an hour or two thanks to the CSTs (Celebrity Standard Time). 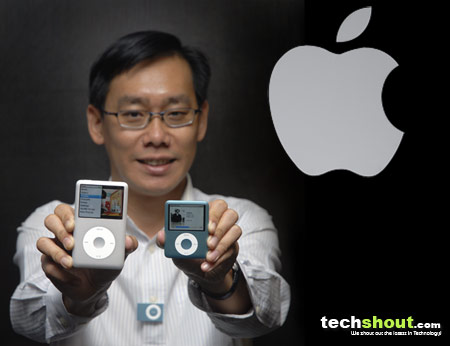 Sadly, though the iPod Touch has yet not reached the Indian shores, Yiong spoke about it. The stunning looking black-colored 8 mm thin product is literally the iPhone sans the ability to make calls. Featuring Apple’s path-breaking multi-touch user interface, it includes a 3.5-inch widescreen display that truly lets its owners enjoy their music, video and photos on it. With Wi-Fi networking, which is the first of its kind on any iPod, along with Safari, Google Search/Yahoo! oneSearch and Apple’s YouTube application, users can wirelessly watch more than 10 million free videos from the internet’s most renowned video website. The new iTunes Wi-Fi Music Store allows users to wirelessly browse and preview songs and albums. The iPod Touch features up to 22 hours of audio playback and up to five hours of video playback. In addition, it has a built-in ambient light sensor that automatically adjusts the display’s brightness.

The iPod Touch surely makes you feel as though your fingers are perhaps the most worthy and lucky parts of your body as they get to truly enjoy the Touch. When asked as to whether we can ever expect a stylus with the iPod Touch, Yiong maintained that this perhaps would never be possible as their main intention is to make the users use their fingers.

The new 8GB iPod Touch is available for Rs. 17, 700 and 16GB model is priced at Rs. 23,600. But sadly they will not hit Indian store shelves before October. So you have to wait for pretty long to own this beauty!

The next product that was announced in the latest exciting iPod line-up is iPod Classic. Available in two models of humungous storage capacities – 80GB and 160Gb, you can perhaps load your home PC’s, office PC’s, neighbors PC’s and God knows where all’s music, photos , home videos, podcasts and games on to it. It can hold up to 40,000 songs and 200 hours of video. With an advanced user interface featuring Cover Flow and a new all-metal enclosure, the iPod Classic is ideal for playing iPod games and comes pre-loaded with iQuiz – the entertainment trivia game, Vortex – a fast-paced 360 degree brick-bashing games and Klondike – the well-know solitaire card game. Available right away in silver and black colors, the 80GB iPod Classic is priced at Rs. 14,500, whilst the 160GB model comes for Rs. 20,400.

The other two launches were revamps of the previous iPod models – the iPod Nano and iPod Shuffle.

The revamped iPod Nano now has video playing ability too. It is packed with an improved user interface featuring Cover Flow and an all-new attractive all-metal design made with anodized aluminum and polished stainless steel. It comes in four lovely colors – silver, black, blue and green. Two-inches bigger than the older iPod Nano, the new one has a display with 204 pixels per inch and 320×240 resolution, rendering a whole new experience of watching movies and photos. It includes three fun games and additional games that can be bought from the online iTunes Store. Delivering 24 hours of video playback and 5 hours of video playback, it bundles the same games as the iPod Classic. It comes in capacities of 4GB and 8GB, which are priced at Rs. 8,800 and Rs. 11,400 respectively. The new refurbished iPod Nanos can be bought right away.

And finally, the last in the lot of this magnificent array of iPods is the age-old iPod Shuffle. Well, don’t expect much out of this one for sure. The only thing different is that it is embellished in new colors – blue, green, purple and grey. With 1GB capacity that holds up to 240 songs, it can hold as much as 12 hours of music. Also available right away, the new colorful iPod Shuffles are priced at Rs. 4,500.

Well, with this the much-anticipated iPod launch was over. But also present at the venue were the latest 20- and 24-inches iMacs. They look so amazingly suave and chic. 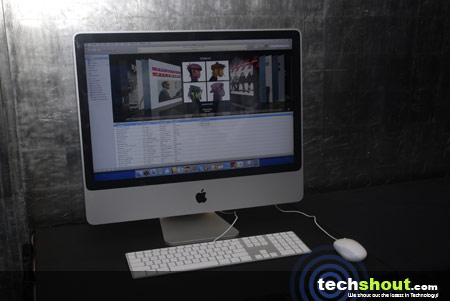 With Apple having a bevy of product launches in India, there was one thing that we couldn’t miss out asking. When we got an opportunity to speak to Yiong, we couldn’t help asking him the million dollar question “When does India see the launch of the Apple iPhone?” Sadly, we got to hear what we already knew – “2008” was the answer to this question. Here’s hoping that it’s released here soon!

6 must have iPhone 4 gadgets and accessories