Apple iPhone turns 5, comScore reminisces about its journey over the years 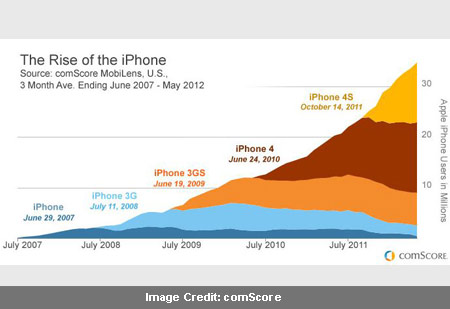 The iPhone celebrates its 5-year anniversary and in order to commemorate this milestone, comScore looks back at its epic journey. It’s been half a decade now since the Apple handset graced the global market and it certainly shows no signs of slowing down, especially with the iPhone 5 rumors doing their rounds across the tech terrain of late. Read on to find out more about the device’s successful escapades during the past few years and do soak up all the information with a pinch of nostalgia.

Today, the iOS-powered gadget is noted to be the second largest smartphone platform in the US, according to comScore. Research shows that there are 35.1 million iPhone owners as of May this year. This means that the Apple device amounts for 31.9% share in the mobile industry. Within a short span of just 5 years, the company has invaded the market with 5 different versions of the iPhone namely, the iPhone, iPhone 3G, iPhone 3GS, iPhone 4 and iPhone 4S. These iterations reached out to tech enthusiasts via various carriers such as AT&T, Sprint and Verizon. 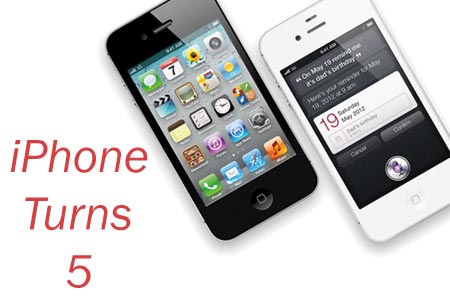 According to the statistics gathered by the comScore company, around 3 of every 4 iPhone users possess the iPhone 4 or iPhone 4S, at present. With numbers like these, the iPhone 4 amounts for nearly 40% of all iOS handsets. On the other hand, the original Apple product in question seems to be slowly fading away as only 2% of current iOS phone owners actually use this particular handset.

The Apple iPhone has certainly come a long way since its launch on June 29, 2007. After dabbling in its 5-year journey, fans of the Cupertino-based company can now look forward to getting their hands on the rumored iPhone 5.