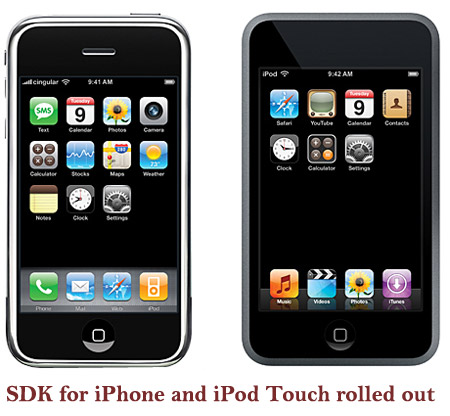 Apple has released the second beta version of the software development kit (SDK) for developing applications for the iPhone handset and iPod Touch player. The latest SDK includes an interface builder, the Xcode integrated development environment, the iPhone simulator, frameworks and samples, compilers, and the Shark analysis tool.

The download is available absolutely free via the company’s Apple Developer Connection website. Developers who are keen on testing their code directly on the iPhone and then distribute their applications through Apple’s App Store need to apply for membership in the iPhone Developer Program.

Slated to originally release in February 2008, the first test version of the SDK was delayed and finally released on March 6. However, it wasn’t met with a very pleasant response as a number of complaints were logged by developers, which includes Apple’s requirement that all distribution of applications to iPhone users go through the company’s App Store.

However, Apple plans to changes things now with the second SDK, as it literally includes everything that a prospective iPhone developer would require to make applications for the iPhone. The firmware upgrade for the device to consumers is slated to release in June.

Log on to http://developer.apple.com/iphone/program/ for the latest SDK for the iPhone and iPod Touch.