The much demanded feature of the Apple iPhone has been the copy-paste functionality. Apple was largely criticized for the absence of this crucial feature from its iPhone. Apparently, as the AppleInsider reports, Apple has released the company’s first beta of iPhone Software 2.1 for the Apple iPhone 2.1 OS. ‘Surprise surprise’, is it? 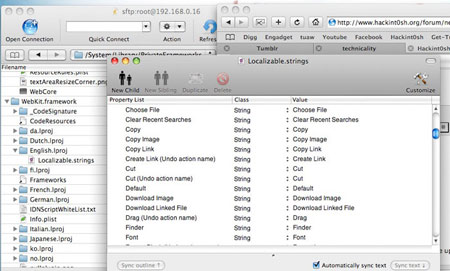 Looks like the burden to build the much in demand functions has been taken off the developer shoulders as it was being built by Apple and released last night. The OS revision – iPhone 2.1 OS will come with an iPhone 2.1 SDK. The developer who supposedly came out with the news found the cut/paste options in the ‘Localizable.strings’ file located in “System/Library/PrivateFrameworks/WebKit.framework.”

The Vice-President from Cupertino, Greg Woswiak, when asked about the non-existence of the cut/paste functions, earlier this month, said that the features were not important enough the features for Apple. So is it bowing down to users demands? Is the GPS function more important for Apple? It is time for Steve Jobs to get some feedback from its customers personally.

It is being suspected whether the latest modification is just a case of “carryover” from the Webkit frameworks that is used for building Mac and Windows PCs applications, owing to the fact that references of Spotlight search, text-to-speech, file uploads, and the Finder were found besides the cut/paste options in the iPhone framework.