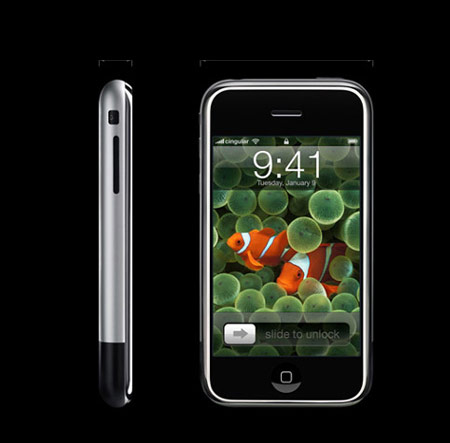 Apple’s commercial for its obscure and much hyped up touchscreen phone- the iPhone, was aired during the Oscars ceremony. It must have certainly been a star studded event, and a highly interesting one for sure. After all deserving movies such as The Departed and others got their fair due at the show. The Oscars was certainly a great place for Apple to debut its iPhone commercial. And, what a great way to do it as well!

Anyway, the Apple iPhone commercial shows the different kinds of phones we humans have been using since the time of the first telephone that was invented. The ad starts with an old fashioned black rotary phone that is answered by Lucille Ball of ‘I Love Lucy’ fame, and continues with a series of clips of famous actors such as will Ferrell, Dustin Hoffman, Cameron Diaz, Sarah Jessica Parker, Michael Douglas and many other actors. The ad also shows Betty from the Flintstones answering a conch-shell like phone, and even Mr. Incredible answering his phone.

After all this, the iPhone finally makes an appearance, with a white Apple logo appearing after that to depict the end of the commercial.

The iPhone commercial will certainly not be apt for TVs screens in people’s houses. It could only have been displayed at the Oscars ceremony.