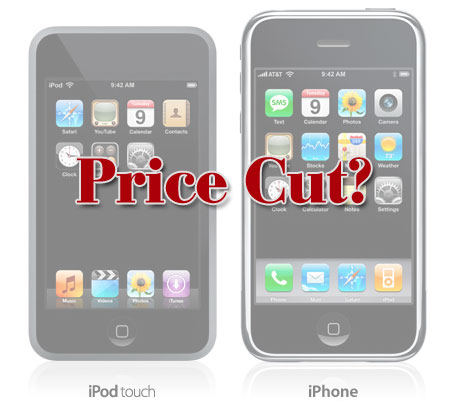 Apple’s iPhone is the regular target of rumors. After the introduction of the 16GB iPhone and a new iPod Touch with 32GB memory, the revolutionary device is again in the center of speculations. New rumors say that Apple is likely to reduce the prices of the newly launched models of the iPhone and iPod Touch.

Rumors are expecting a price cut $100 on both the devices. Such a price cut may occur as early as by February-end, reports rumors. It further says that Apple is also likely to discontinue the 8GB model of the iPhone.

It is also heard that this move by Apple will help the manufacturer to generate sales and the company will be able to achieve the landmark of 10 million iPhone sales in too in 2008.

If these rumors come true, the 16GB iPhone and 32GB iPod Touch models will be available for just $399.