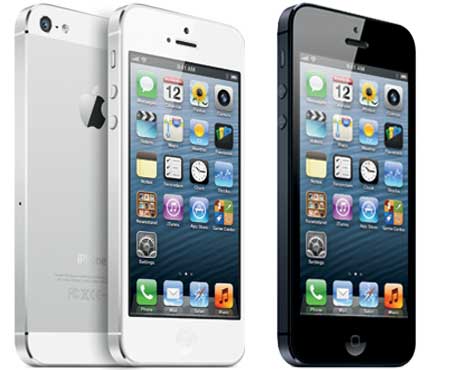 This is the first in the range of phones from Apple’s stable to be utilizing the LTE networks of the three carriers. Marking its entry into the sixth generation with this version, the device got unveiled with a number of fresh additions at an event in San Francisco which also witnessed the debut of new models of the iPod touch and the iPod nano.

Apple’s latest smartphone comes equipped with a taller 4-inch Retina display, and its performance is bolstered by a newly designed A6 processor. One of its main highlights is the Lightning connector which is substantially smaller than its predecessor. And then there’s also the interesting addition of fresh headphones called EarPods which feature a completely refreshed design.

This new phone comes pre-installed with iOS6 which Apple touts to be the world’s most advanced mobile operating system. Over 200 new features have been crammed into this version. And while some of them, like the updated Siri have been receiving immense praises, the new Apple Maps app is seeing quite a lot of flak coming its way.

The Apple iPhone 5 can now be purchased through stores from all around the US. AT&T, Sprint and Verizon are the official carriers selling it with the above mentioned price tags.