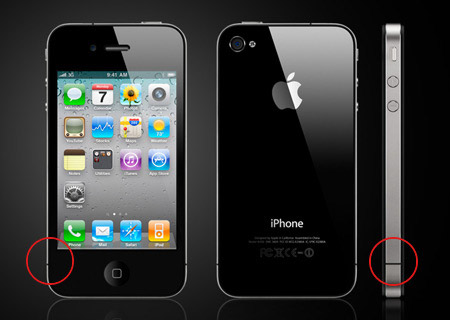 It’s hard to forget the almost religious fervor around the iPhone that gave it the ‘Jesus phone’ nickname back in 2007. There was the iPhone, iPhone 3G, iPhone 3GS and now the iPhone 4. So we’ve come down to the fourth generation of this celebrity gizmo that’s been in the spotlight for its reception issues since it first hit shelves. We’re trying really hard to stay away from cliched lines like ‘the Apple of the tech buff’s eye’ losing favor due to its iPhone 4 antennagate hoopla while tracing the highs and lows featured in this melodrama. Apple’s initial attempts to dismiss these issues as something that could be resolved by holding the handset in the right way didn’t go down too well with users and the general audience. That was just the opening act. Then the company went into image amendment mode and announced a page on the Apple website dedicated to everything antenna at its Cupertino conference. That was the cue everyone seemed to be waiting for, it was going to be an entertaining show.

The Apple antenna page had videos and images comparing the iPhone 4’s reception performance to those of the iPhone 3GS, BlackBerry Bold 9700, Samsung Omnia II, Nokia N97 mini, Motorola Droid X and HTC Droid Eris. The corporate giant may have been slightly oblivious to the fact that it was stepping on the toes of its competitors at this point. The counter-offensive from Nokia and RIM may have convinced a lot of consumers that Apple was ironing out its decision making flaws by bringing the so-called imperfections of its rivals into the limelight. Engadget reported about Motorola taking a jab at the iPhone 4’s troubles via the Droid X advertising campaigns which claimed that you could hold their phone in any way without causing a drop in its signal bars. Nokia made a similar stab at the issue with a post on the Nokia Conversations blog titled ‘How do you hold your Nokia?’ The article concluded that users could feel free to hold their Nokia phone like a phone, if the four edge grip, the cup, the balance or the thumb and finger grips didn’t appeal to them.

We got in touch with Motorola, LG, RIM, Nokia and even Apple to see what they had to say about this matter. It was a week before everyone but RIM got back to us only to mouth a ‘No comments on the antenna performance issue’. RIM reached out to us with the very same statement made by co-CEOs Mike Lazaridis and Jim Balsillie, “Apple’s attempt to draw RIM into Apple’s self-made debacle is unacceptable. Apple’s claims about RIM products appear to be deliberate attempts to distort the public’s understanding of an antenna design issue and to deflect attention from Apple’s difficult situation. RIM is a global leader in antenna design and has been successfully designing industry-leading wireless data products with efficient and effective radio performance for over 20 years. During that time, RIM has avoided designs like the one Apple used in the iPhone 4 and instead has used innovative designs which reduce the risk for dropped calls, especially in areas of lower coverage.” The rest of the quote goes along the very same lines as those stated on the RIM blog.

Word is that a top engineer at Apple had already warned Steve Jobs about signal issues that could plague the device long before it hit shelves. And then there was a partner carrier (possibly AT&T) who is said to have voiced its concerns on this front too. We’ll tell you why we’re swallowing that story with a pinch of salt. Imagine a co-founder and CEO of one of the world’s largest technology corporates bustling around and ignoring issues that could threaten the future of not just the iPhone, but also of the company. OK, so what if you can imagine that. Wouldn’t Jobs have paid close attention to the engineer, reportedly, Ruben Caballero according to Bloomberg, just for the sake of ducking away from an annoying ‘I told you so’? We know we would have. If it is a true story, Jobs may have been enchanted enough by the new iPhone design to overlook the likelihood of antenna problems. One thing that everyone is certain of is that it’s the exterior antenna design that’s troubling the device with poor reception. 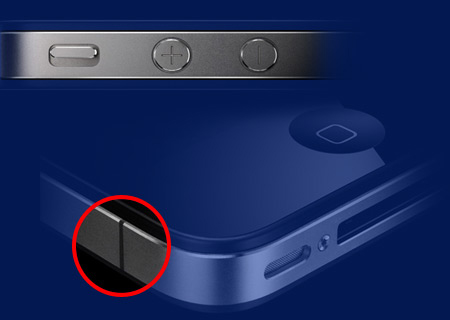 On the other hand, may be Apple did test the iPhone 4 for likely antenna issues resulting from its design. The testers may have put the phone through its paces while it was lovingly wrapped in a protective skin though. According to a handful of users, this is exactly the manner in which owners should be treating the device. The point is that covering the antenna banded around the lower left hand side edges with non-conductive material has been found to alleviate the problem. You could buy a roll of duct tape or just sign up for the iPhone 4 Bumper or alternatively, a protective case that is being offered to users for free through the Apple website. Those who’ve already forked out cold hard cash for the rubber Bumper can apply for a refund until September 30. Those who’ve been scouting for jobs at Apple may have also gone through the multiple vacancies for iPad/iPhone antenna engineers that Engagdet surfaced. Of course, it doesn’t indicate that Apple literally or figuratively axed their engineers after the unwelcome publicity, but we can’t help wondering if the company took the signal issues seriously only after the device’s launch.

Look at this way, if you hit up reception issues and the words MacBook Air/MacBook Pro/iPhone 3G/iPhone 3GS on Google, you’d find several tidbits on the same. It’s probable that the initial user reports about reception problems with the iPhone 4 did not get enough interest from the company until the number of user complaints had ballooned considerably. That would leave many Apple fans with the worrying suspicion that the phone wasn’t tested for signal strength well enough before it was released to the public. What’s surprising was that Steve Jobs seemed to take the matter rather personally. The company’s first move was to clarify that the problem was rooted in an incorrect formula used to calculate the number of signal bars to be displayed in their letter from Apple regarding iPhone 4. Then followed the special web page dedicated to the antennagate. Apart from telling users to ease away from the ‘death-grip’ that was likely to cause antenna attenuation (sure, attenuation does sound better than reception trouble), the company also stated that other devices which integrate antennas also face similar reception issues.

We were frankly surprised with the manner in which Apple dealt with the situation. The unprecedented press conference and formerly unimaginable peek into Apple’s test lab may have looked like the company was taking responsibility for its decisions. But if you were reading between the lines, you would have perhaps wondered if the issue was indeed as big as it was made out to be. Sure, we all know the phenomenon; an overripe papaya dropped from a height would create a larger splatter than an avocado in a similar state of ripeness. But Apple’s loud reaction to its state of affairs just gave the media more reason to be suspicious. Were the consumer complaints of a larger number than reasonably projected by the company? Was Apple getting too brash? Pulling other handsets into the picture wasn’t the best move the company could have made. It just invited some more ridicule. The latest is a hilarious report on BBspot about Jobs announcing a software fix that would produce a small shock when a user held the iPhone 4 in the wrong way, eventually teaching him to grip it right. Everyone may have come up against dropped calls at some point or the other. Which goes to show that reception issues aren’t something new. May be it got overblown because it’s the iPhone 4. May be it was the company’s response which convinced everyone that it is a pervasive problem. Let’s face it, many would have complained anyway if Apple hadn’t reacted at all.

The point is that if the problem is as widespread as reported, the iPhone 4 user’s hopes could now rest on an unassuming rubber Bumper, unless Apple issues a recall which is highly unlikely.