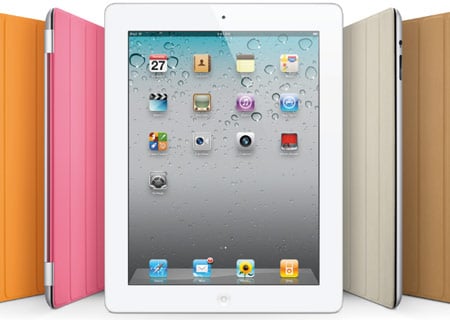 It looks like the Apple iPad will have to curb the competition right at home before it takes on the Amazon Kindle Fire or other less expensive Android tablets. According to a recently released IHS report, the Apple slate that has conquered the number 1 spot in the tablet market, can blame the iPhone 4S for its lowered demand.

The study reveals that the manufacturer shipped about 15.4 million units of its slate in the last three months of 2011, resulting in a 39 percent increase as compared to Q3, with the figures consequently amounting to 11.1 million units. Even though the sales increased, Apple’s global media tablet market share reduced to 57 percent from 64 percent in the third quarter. Following Apple on the shipment chart is none other than the Kindle Fire. Amazon sold around 3.9 million units of this latest contender, to dominate 14.3 percent of the total tablet market share.

“Kindle Fire shipments in the fourth quarter came right in line with the IHS early December forecast of 3.9 million units, representing a respectable start for the Fire. However, the long-term viability of the product will hinge on the success of Amazon’s business gamble, which depends on tablet sales driving substantial new online merchandise sales at Amazon.com in order to attain profitability,” quoted Rhoda Alexander, senior manager, tablet and monitor research for IHS.

Additionally, the iPad 2 went on to perform better than its predecessor as the company witnessed a 168 percent rise in the shipments, that is, 15.1 million in 2010 to 40.5 million in 2011. While in 2010, Apple dominated the market with an 87 percent share, it reduced to 67 percent in the year 2011. Samsung managed to secure the second position and 9.4 percent market share in 2011 by selling around 6.1 million units of its Galaxy Tabs and Amazon came third with a total share of 6 percent.

IHS notes that the collective tablet sales amounted to 65.2 million units in the whole of last year.