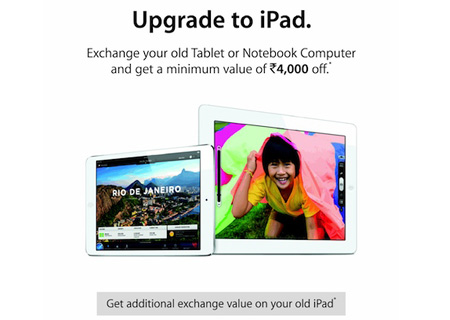 A new Apple trade-in program has gone live and the company is offering a minimum discount of Rs 4,000 on its iPad 4G and iPad mini tablets. The promotion was introduced during the weekend through advertisements posted by Apple in various newspapers.

The trade-in promo allows potential buyers to exchange their old tablets or laptops for a discount. It is currently valid for the iPad mini (all versions) and the Retina equipped fourth generation Apple tablet with 16GB of storage. Depending on the make and condition of the device, the minimum discount of Rs 4,000 will be increased. However, it isn’t likely to go over Rs 11,000. There are a few terms and conditions as well. 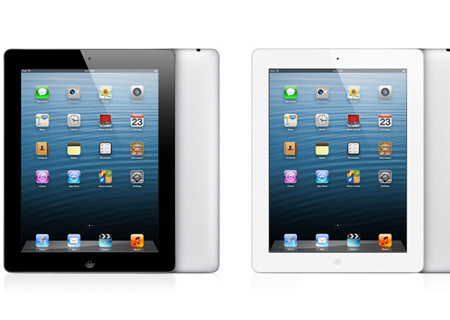 Where tablets are concerned, they shouldn’t be more than 2 years old. The refundable rate varies based on the device’s make. For instance, the Galaxy Tab, Tab 2, Note N8000, Tab 620 and Tab 5100 from Samsung as well as the Blackberry PlayBook, the original iPad with Wi-Fi and Karbonn-branded slates are entitled to Rs 4,000 off. The first generation iPad with 3G cellular support on the other hand, will receive Rs 5,500 off.

The iPad trade-in program is also applicable on exchange of newer versions of the Apple slate. Buyers can get up to Rs 11,500 and Rs 9,500 off in exchange for the third generation tablet with Wi-Fi and 3G, respectively, while the second generation Wi-Fi only model is entitled to provide customers with a Rs 7,000 discount.

In other news, the Cupertino giant is expected to introduce a new version of its 7.9-inch tablet. The device is predicted to go live during the third or fourth quarter of this year bearing a Retina display with resolution of 2048 x 1536 pixels and a density of 324ppi.

For reminder’s sake, the iPad trade-in program is applicable on all versions of the mini slate and the 16GB fourth generation model with Retina display. Currently, there are no details as to when the promotion will end. 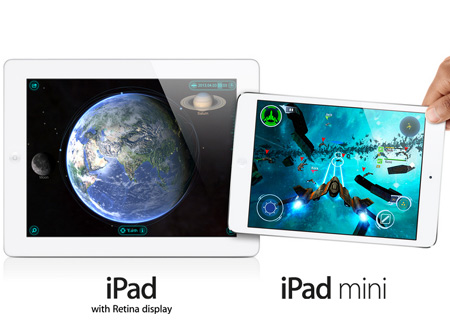 Specifications of the 4G slate: