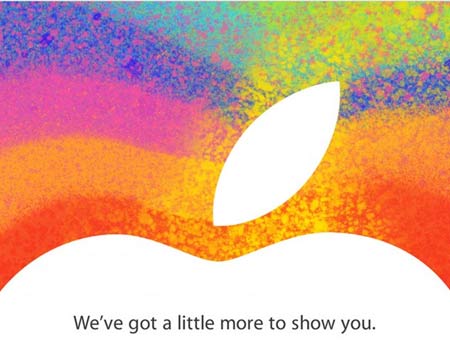 A rumor that went on for years on end could just turn out to be true provided that the said Apple iPad Mini event invitations being sent out are actually for the tablet in question. One of the speculated launch dates was for today, but it seems that Cupertino has had a few problems in getting things ready or maybe rumors were off track by a week.

The event is said to be relatively small compared to the iPhone 5 media unveiling in San Francisco, and it will take place at the California Theatre in San Jose. As usual, Apple hasn’t provided any specific details through its invite. Then again, most companies refrain from being straightforward when it comes to product launches – it helps amplify the excitement. All the company has to say is that they’ve still got ‘a little more to show.’

This statement is no different from the one sent out for the new iPad launch in terms of possessing a hidden message. Well, there have been speculations that the term ‘little’ could lead to a smaller iPad or maybe the 13-inch MacBook pro with Retina display that’s been under the rumor spotlight as well. The guys over at Wired state that it might also refer to a refreshed Mac Mini or even a host of devices that we’ve mentioned above.

So come October 23, we might just get a chance to gaze at a smaller variant of the company’s popular slate. However, the Apple iPad Mini event could turn out to be about something else than what we’re currently assuming. But one thing’s for certain, the Cupertino giant is definitely going to unveil some latest hardware on the said date. Price details for the device in question had even been leaked a few days back.