iPad Maxi: It only gets funnier as Apple WWDC looms nearer 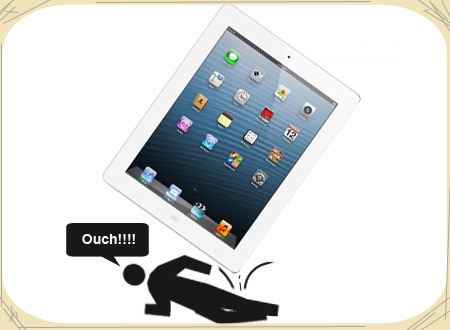 We are being treated to rumors of an iPad Maxi thanks to the fervor surrounding the looming Apple WWDC (Worldwide Developers Conference). Before going on to pick the ‘news’ apart, let’s just take a look at what it’s talking about.

IDC is saying that the growing popularity of tablets is starting to heckle PC sales in a bad way. So Apple naturally had to have its back nicely covered with a large iOS slab which is powerful enough to pack a real hard punch; the sort of punch that will have 13-inch laptops and Ultrabooks reeling under its force. And the answer is apparently a 12.9-inch tablet sort of device, or a hybrid at best.

In theory, we can’t see Tim Cook letting loose a 13-inch slate upon us all. So we’re assuming the story is about a tablet-PC hybrid. Unwired View who cites Korean ETNews as the source of this ‘breaking news’ says that the display size counts when it comes to apps crafted for productivity. The tablet form factor may also be able to lend it better portability as compared to competitors.

Now every other tech enthusiast may be getting impatient with the fact that no official sneak peeks of the next iOS and new hardware have arrived yet. So all it took was the rumor of a ridiculously named tablet to stir things up. As to the belief that Apple will do better than stick with such a ludicrous name for its ‘upcoming’ hybrid, the iPod touch tag saying ‘Engineered for maximum funness’ is all it takes to plant a seed of doubt.

We can’t be the only ones who still remember the i’Pad’ gags that were going around after the company introduced the tablet. Would carrying around a device called the iPad Maxi bother you? What level of ‘awesome’ would the technology have to be to make you forget the absurd moniker spelt out on it?