Apple iPad Air 2: A peak into its best features

The Apple event today saw the unveiling of the iPad Air 2, along with a range of other products, and here we are with details on the new large tablet. The company has focused on making this slate thinner and lighter than its predecessor, while also adding a number of exciting features to it.

1. The thickness of this product is 6.1mm. That makes it 1.4mm thinner than last year’s model which itself was extremely thin.

2. This slate weighs in at 0.96 pounds which again, makes it better than its predecessor which had its weight set at around 1 pound. 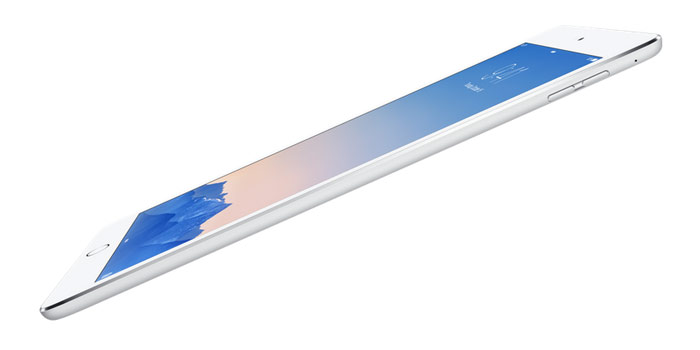 4. Apple has developed a new chipset for the iPad Air 2, dubbed A8X. This 64-bit ticker is 40 percent faster, while its graphics unit is 2.5 times faster, than the A7.

5. There’s no increase in battery life this year, but 10 hours of juice is really impressive for a tablet of this class.

6. This new iPad comes equipped with the Touch ID sensor for fingerprint scanning, just like the new iPhone 6 and iPhone 6 Plus models.

7. Cameras have received upgrades, even as the rear unit has been blessed with an 8MP sensor (with f/2.4 lens) supporting time-lapse and 120fps slow-mo videos and burst shots as well.

8. The front FaceTime HD camera has also been upgraded to feature an f/2.2 aperture and capture 81 percent more light. It’s still a 1.2MP sensor though.

9. The new iPad Air 2 grabs support for fast Wi-Fi speeds owing to its incorporation of the 802.11ac standard and MIMO antennas.

10. Of course, the tablet runs the stunning new iOS 8 platform, which is to receive its 8.1 update this Monday. It will infuse Apple products with the ability to make payments by just tapping their devices and even let them seamlessly connect them to Mac computers. 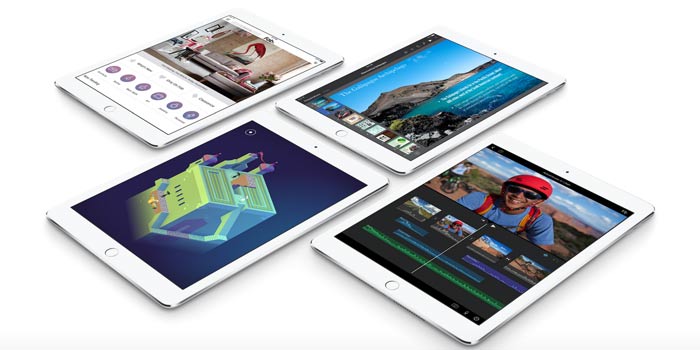 11. Silver, space gray and gold are the color options it will be made available in.

Pre-orders on the iPad Air 2 will be opened up today, while shipping will commence next week. There’s no news right now as to when it will be doled out in India.