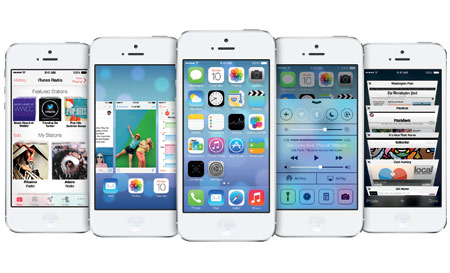 ‘Hundreds of great new features’ have been unveiled to form part of the Apple iOS 7 software which the company unveiled at the WWDC 2013 today. Among them is a revamped user interface, Notification Center, updated Siri and more. This operating system will be doled out by Apple for free this fall to owners of devices that include iPhone 4 and later, iPad 2 and later, iPad mini and iPod touch. However, it has been mentioned that some advanced features won’t be present for older devices.

Apple iOS 7 will come infused with a hub called the Control Center. Swiping from the bottom of the screen will grant users access to controls of Airplane Mode, Wi-Fi, Bluetooth or Do Not Disturb. Much like Android, the facility to adjust screen brightness, pause or play a song, switching to the next track and streaming music via AirPlay will also be present in it. Moreover, Control Center will even proffer users with instant access to apps such as Clock, Camera, Calculator and Flashlight. 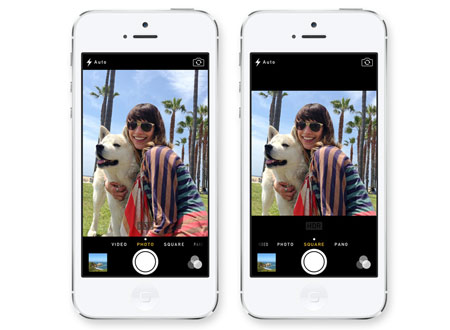 Next among the new Apple iOS 7 additions is a Notification Center which will be made available from the lock screen itself. It grants a user important details like those of weather, traffic, meetings and events, apart from missed calls, messages and more. Another Android-like update is the introduction of a Multitasking tray. A new API allows developers to create apps that keep running in the background until they’re closed manually. Double tapping the Home button opens up a tray which can be used for seeing these running apps and choosing which one to enter or close.

Next in line is AirDrop, a feature that lets a user share content with peers who’re close by. But that’s not all; a newly designed Camera app lets them add real-time filters to their photographs. And along with video, photo and panorama options, the app will now also come with a square snapper option. Seamless switching between the four will be made possible by simple swipes. The fresh Photos app on Apple iOS 7 kicks in a trait called Moments which automatically organizes photos and videos based on time and location. 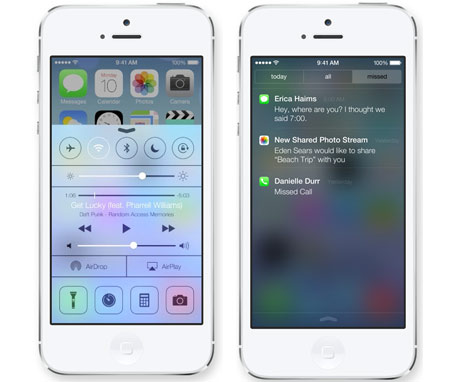 An iCloud Photo Sharing facility also makes its way into the software. With it, a user’s family and friends will be allowed to contribute their own photos and videos to shared photo streams. Tweaks have been made to the Safari browser as well. Its refreshed user interface makes way for full-screen browsing. And there’s even a new iCloud Keychain feature which protects a user’s passwords and credit card information for it to be made available on different devices.

New male as well as female voices now enter Siri along with the integration of Twitter, Wikipedia and Bing. Lastly, iTunes Radio, a free Internet radio service offering more than 200 stations has even been introduced. This cross-device service will tailor content according what a user likes listening to. Many other such traits will be included in it as well. 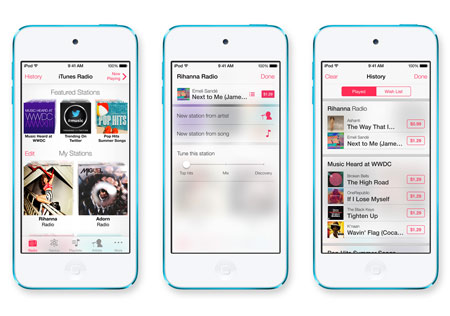 iOS 7 will be hitting iDevices in the form of a software update later this year. The next iPhone which we haven’t heard anything official about is sure to come pre-installed with this new software.