iOS 10 is already shaping up to be a monumental shift in approach for Apple, what with the brand-new lockscreen features and iMessage additions. A new series of reports strongly indicate that the tech behemoth is getting ready to introduce Dark Mode, a long in-demand feature for night owls using their phones after hours.

Dark Mode seems to be a hidden feature within iOS 10’s first beta. As the name suggests, the function changes the default background from white to black, making an iPhone’s screen easier to read at night. The news was first broken by developer Andrew Wilk who tweeted out screengrabs of the new feature in iMessage which he activated by tweaking Apple’s code and running it thorough a simulater. 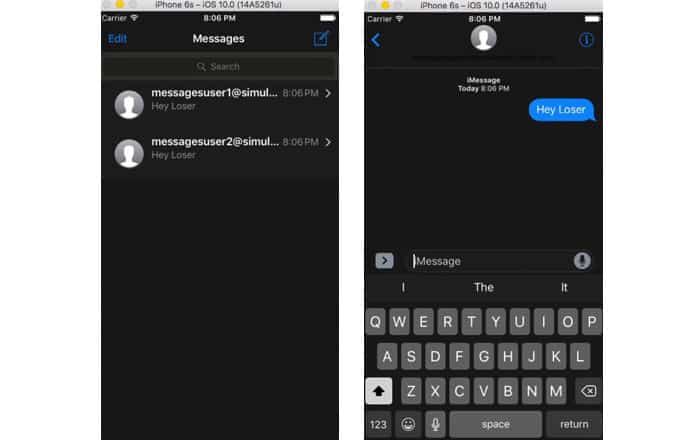 His findings were later corroborated by Apple blog Mac Aficionados who posted their own images of Dark Mode in action across a wide range of apps including iBooks, Safari, Alarm and iTunes. A Reddit thread on the topic later suggested the possibility that the company has implemented the option within its code but hasn’t made it available to consumers yet.

The Reddit post also suggests the possibility that Dark Mode may be an iPhone 7 exclusive feature, which would probably dampen enthusiasm around it a bit. Apple didn’t mention anything about the tool coming to the iPhone at WWDC 2016. However, it did announce a dark background for Apple TV as some people would prefer such a setting for a home theater environment.