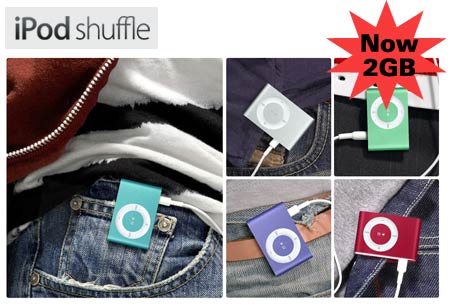 The iPod Shuffle was first introduced in 2005, however next year Apple refreshed it to a smaller size.

The 2GB iPod Shuffle 2GB will take another fortnight to hit the Apple stores. However, 1GB iPod Shuffle is available right away at $49. The tiny music player from Apple will be available in exciting five exciting colors namely silver, blue, green, purple and a RED (special edition).