Apple’s new-found love for gold hasn’t gone down well with a lot of people. It’s been called everything from a marketing ploy to attract more Asian customers to a downright tacky move aimed at distracting people from the fact that the company doesn’t have much to show in exchange for its ‘one phone a year’ policy (two, this time).

To flaunt the iSight camera and shake off the ‘tacky’ tag perhaps, Apple has decided to knock at Burberry’s doors. The fashion house has released a teaser of its Prorsum Spring/Summer 2014 collection shot through the iPhone 5S’ lens. What’s more, the team will be capturing behind-the-scenes pictures/videos and shooting the label’s London Fashion Week runway moments through the 8MP snapper.

What Apple gets out of it

Apart from more publicity, the company has also managed to tone down the geek factor not just through the campaign, but also with the colors on the new iPhone. Trust us, the gold version is not likely to find its way onto Gentlemint, Manterest or any other Pinterest-clone aimed at men. But year over year, the female inclination towards Apple over Android has been making news now and again. 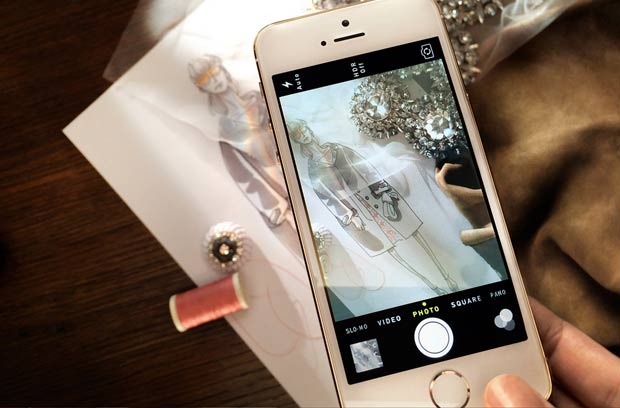 So Cupertino gets two major things out of this – more female attention (here we bravely admit to assuming that a higher percentage of women than men will be following LFW) and a stronger emphasis on design being the most important point when deciding whether we want to be seen ‘wearing’ our smartphones or not. The brand’s next venture is rumored to be a smartwatch after all.

HTC shows up too

Rumors are rife that HTC has taken to the gold iPhone so much, its flagship One smartphone will be arriving in the said color soon enough. The ‘evidence’ was unearthed through Chinese SNS, Weibo. Phandroid who saw it on NewCellPhones, seems to feel that the photos are legit. Sprint and Best Buy have the red and blue versions; wonder who’s getting the gold one. 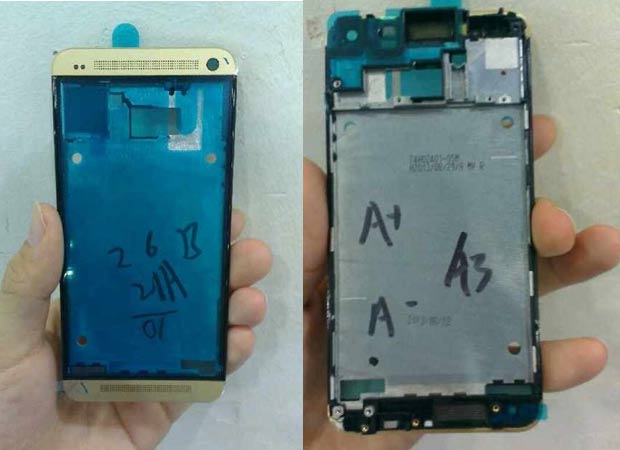 Touching on HTC slipping into its heels for the LFW, the Taiwanese manufacturer already got into the groove with the David Koma contest you haven’t applied to yet. It recently threw together a Moving Image Masterclass and gave attendees tips on how to take advantage of the One’s camera and Zoe features. The company also has various names in the fashion business tweeting about their partnership with the brand.

Unlike Apple’s more focused approach towards building up to the iPhone 5S’ camera and its design as the biggest assets, HTC seems to spill all over the place in spite of channeling its energies in the same direction. What do you think?