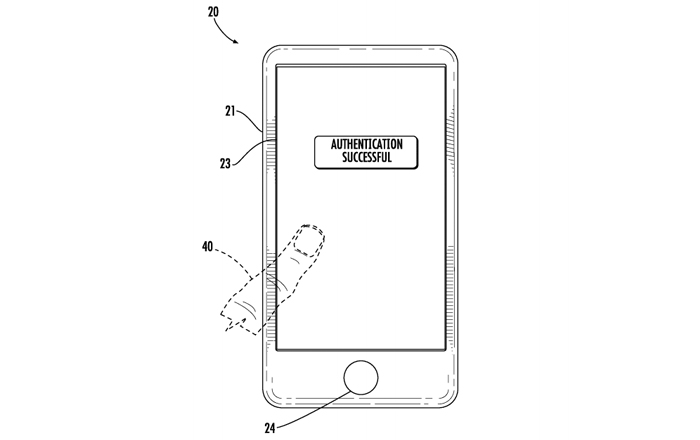 The USPTO has just published over 56 Apple patents related to new technologies the brand has been working on. Two of them are of particular interest to people eagerly awaiting the iPhone 8 since they confirm two of its most game-changing features.

Apple’s patent for ‘Reducing the border area of a device’ may sound boring at first glance, but it does in fact hold the key to there being a curved bezel-free OLED display on the iPhone 8. It was first filed in 2014, leaving plenty of time for Apple to perfect the technique for its tenth anniversary iPhone.

The document talks about using a flexible substrate to fabricate the circuit panel of an iPhone so that the edges of the screen can be bent. Curving the edges serves to reduce the width of the panel and allows the device to be narrower without actually cutting down on the touch-active area of the handset.

This description falls closely in line with rumors about the iPhone 8 till date. The one thing the patent doesn’t clarify is how curved the iPhone 8’s screen will be. Some reports have alleged that it’ll stick to a flat display with 2.5D glass around its edges, while others are still holding out hope for a wraparound display that covers the sides completely.

The other big patent is titled ‘Electronic device including finger biometric sensor including transparent conductive blocking areas carried by a touch display and related methods.’ In layman’s terms, the copyright discloses one way Apple might go about embedding Touch ID directly underneath the display.

Apple actually has several patents on the subject. This particular one discusses how the display layer of a device could be integrated with an invisible finger biometric sensor that can switch between blocking and reading states.

Apple’s reportedly been facing difficulties in actually placing Touch ID under the panel, so we’ll have to wait and see whether it manages to overcome these issues in time for the iPhone 8’s launch.