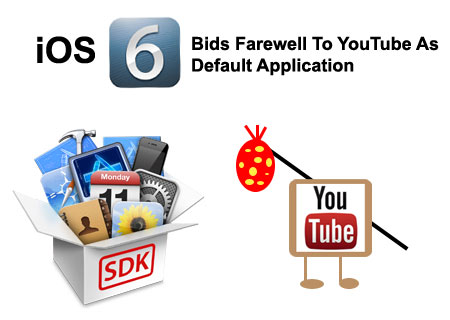 Those who have downloaded the latest beta version of iOS 6 have probably noticed by now that the long-time default YouTube application from Google isn’t pre-loaded anymore. Well, it turns out that Apple’s license to include the app in its mobile platform has expired and there doesn’t seem to be any official word of a renewal being in progress.

9to5Mac was the first to report that the video hosting application was missing on the recently launched iOS build. To confirm this, the guys over at The Verge have received official word through Apple. The company states that the service can still be accessed through the default Safari web browser. What’s more, a new YouTube application is said to be in the works and it will be available for download through the App Store.

A statement issued by Apple, reads, “Our license to include the YouTube app in iOS has ended, customers can use YouTube in the Safari browser and Google is working on a new YouTube app to be on the App Store.”

According to the report, Google has issued a confirmation as well. A spokesperson from YouTube explained that both companies are in collaboration to deliver a rich video streaming experience to iOS users. On the bright side, Engadget notes that the end of license term has only affected iOS 6 and not previous versions. So those running iOS 5 aren’t likely to lose the application anytime soon.

As noted earlier, YouTube will not arrive as a default application in the latest iOS 6 beta release. However, it will be available separately as a download through the App Store.