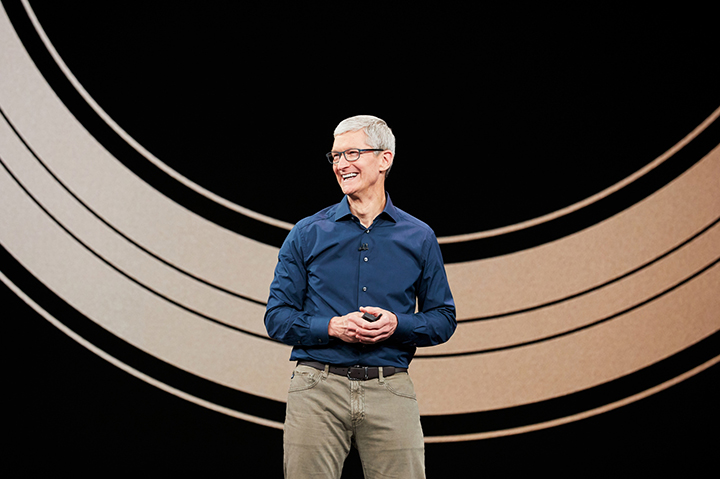 Apple has been rewarded a restraining order against an Indian-origin man accused of stalking Tim Cook. According to the details uncovered by OneZero’s Dave Gershgorn, a certain Rakesh “Rocky” Sharma has broken into the Apple CEO’s property two times. He has allegedly been leaving disturbing messages via calls too.

As per the documents filed in court, Sharma first trespassed on Cook’s private property on December 4, 2019 and tried to deliver champagne and flowers. On January 15 last month, the accused is said to have unlawfully entered the property once again and rang the doorbell.

Apple employee, William Burns, who works in the company’s Executive Protection team, has officially provided his testimony in court with regards to the complaint. Based on the statement submitted by Burns, Sharma also tagged Cook on Twitter and tweeted a series of inappropriate images referencing the CEO.

Apple CEO Tim Cook has a stalker who has gotten onto his property TWICE and won't stop contacting him/ other Apple employees, per court filings and a testimony pic.twitter.com/PaQulBpMhu

The respondent appears to have contacted an Apple executive via phone on September 25 and October 2, 2019, and left creepy voicemails. After (possibly) getting no response to these messages sent by him, Sharma went on to aggressively stalk Cook by breaking into his property, as detailed above.

Furthermore, the stalker is quoted to have said “I don’t use ammunition but I know people who do” and claimed to have knowledge of unnamed Apple executive team members’ residential addresses.

NBC News reports that the Santa Clara County Superior Court has issued a restraining order against Sharma instructing him to steer clear of the company’s Cupertino headquarters, Cook, his personal property as well as all other Apple executives.

The temporary restraining order holds until March 3, the date on which the case is due for a hearing. Apple has so far refused to comment on the matter.