Taking design cues from iOS 7, Apple has introduced a better looking OS X version in the form of the Yosemite update which also features a host of connectivity enhancements, aside from other things. As one would expect, integration with the company’s mobile operating system is one of the top priorities of this release.

On the design front, Finder windows have grabbed a fresh translucent format in OS X Yosemite, giving you a faint and vague look at the desktop all the while that they’re open. An updated system font also makes its way into this update, apart from altered app icons. Apple has even introduced a new Today view in its Notification Center for quick updates on weather, stocks, reminders, events, social networks and more. 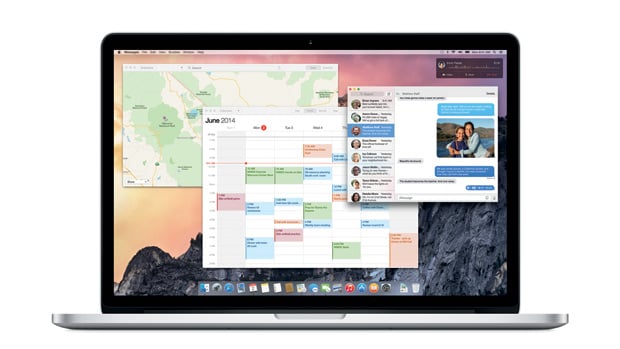 Moreover, Spotlight has been pushed to the front and center of the desktop to make it more accessible than before. And that’s not all; it has also been granted fresh categories of results, including those for suggestions from Wikipedia, Maps, App Store, Bing, top websites, news and movie showtimes.

In OS X Yosemite, the introduction of the iCloud Drive addition helps you easily store you files in iCloud. All you need to do is paste or drag a particular file to this folder and it will be accessible from any other device connected to the Internet. The updated Mail app is now able to attach files of up to 5GB into your emails.

Apart from all this, the operating system’s iOS integration is also eye-grabbing. A new Handoff feature allows seamless transition from an iDevice to a Mac. When both are in proximity, a small icon will be displayed on them, and just one command will let you switch your work from one device to another. Additionally, the updated Messages app is now able to show SMS messages from non-iOS users as well as transfer phone calls to the desktop. 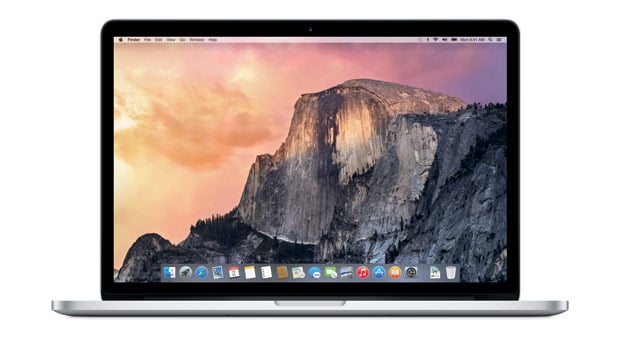 Apple has already made a developer preview of OS X Yosemite available, but a beta version for consumers will only be released later on. You can sign up here for getting notified as soon as it hits the block.