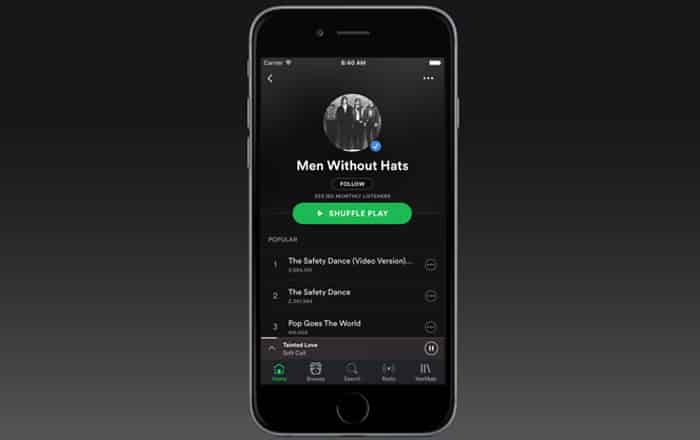 Apple has slammed back at Spotify’s allegations of anticompetitive practices, asserting that the latter is resorting to rumors and half-truths about Apple Music. The battle between the two is heating up quickly and is shaping up to be a major showdown between the two tech titans.

The controversy first began a few days ago when Spotify sent a letter to Apple’s top lawyer Bruce Sewell and distributed it among Washington politicians. In it, the streaming service asserts that Apple is being anticompetitive by rejecting the latest update to the Spotify app in order to promote Apple Music.

Apple has now issued its own heated response to Spotify. In a letter, Sewell details the exact reason why the latter’s app update was rejected. The platform had apparently tried to circumvent the brand’s App Store rules by removing the in-app purchase feature and replacing it with a sign-up option asking for a user’s email ID.

He goes on to accuse Spotify of doing this so that the streaming service wouldn’t have to pay Apple 30% of the cut it takes for in-app buys. The second supposedly explained the situation to the first and asked them to submit the app again. Even round two ended up in failure because Spotify handing in an app that continued to ask for emails, ostensibly to communicate with customers.

Sewell went as far as to declare that Spotify’s current application up on the App Store is in violation of Apple’s guidelines. The tool has apparently been downloaded 160 million times and delivered hundreds of millions of dollars in revenue to Spotify. In that light, Apple finds it troubling that the streaming service is asking for exemptions to the rules it applies to all developers.

Sewell then says that Apple’s guidelines help competition, not hurt it. According to him, the fact that Apple Music battles against Spotify, Google Play Music, Tidal, Amazon Music, and Pandora has never influenced how the brand treats the applications on the App Store.