Apple says no to fart apps on the Apple Watch

Apple wants to make it crystal clear to developers with a funny bone that it won’t be accepting any fart apps for the Apple Watch. It has rejected one such application from the App Store, and has sent its maker an unknowingly funny reply.

‘We do not accept fart apps on Apple Watch,’ is what the Cupertino-based company has told the creator of Fart Watch, the first flatulence app for the newly released device. Its function is simple; pressing a big button on your smartwatch will allow your iPhone’s speaker to rip out a big one.

There are currently a large number of such applications present on the App Store for other Apple devices, but it seems the company is fighting hard to keep its new smartwatch out of their shadow. According to Cult of Mac, it has said to the developer of Fart Watch that apps which already exist in the App Store, like the ones related to farts, burps, flashlights and more will be rejected. 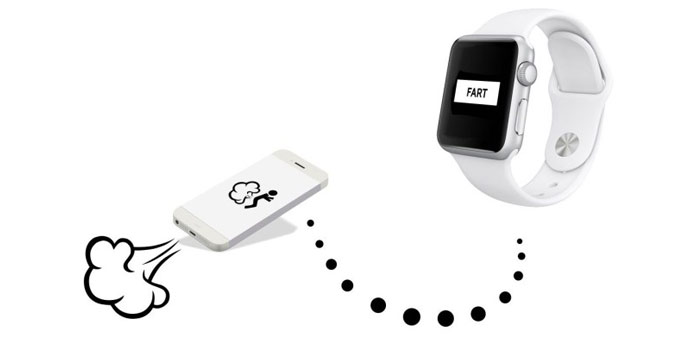 Apple Watch is out in the US right now in the form of three different editions. Its launch however, has been hit with a big controversy named scratchgate. The mid-tier offering among the three versions has been found to be developing scratches within just a few hours of usage.

The company is yet to respond to this, but it has been learned that this is caused due to the soft nature of the polished stainless steel surface of the device. This is bothering especially due to the fact that this particular range of the product has its price starting at $549 and going up to $1099.

Coming back to the topic of fart apps on the Apple Watch, you can be certain that such utilities won’t be available for the device in the future; at least not through the App Store that is.