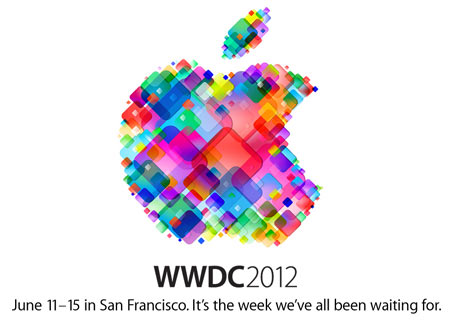 The annual Apple Worldwide Developers Conference 2012 (WWDC) is all set to take place from June 11 to June 15, at Moscone West in San Francisco. And the Cupertino giant plans on revealing some of the latest features of the upcoming versions of the iOS and OS X platforms. We’ve even got our fingers crossed for a surprise or two.

At the 5-day conference, Apple plans on holding over a 100 technical sessions that are expected to be carried out by various engineers. The company will also be giving out the Apple Design Awards to certain iPhone, iPad and Mac app developers for their contribution to the wide catalog of applications hosted on the App Store. Besides the next version of iOS and the Mac OS X Mountain Lion, chances are high that we might just receive a few insights into the upcoming iPhone 5 smartphone.

“We have a great WWDC planned this year and can’t wait to share the latest news about iOS and OS X Mountain Lion with developers,” commented Philip Schiller, Apple’s senior vice president of Worldwide Marketing. “The iOS platform has created an entirely new industry with fantastic opportunities for developers across the country and around the world.”

Tickets to the event seem to have sold out like hot cakes. Not long after the booking went live, the Apple WWDC page put up a statement which read “Sorry, tickets are sold out. We’ll be posting videos of all our sessions shortly after the conference, so everyone can take advantage of great WWDC content for free.”

As we’ve already mentioned, the annual Apple Worldwide Developers Conference 2012 (WWDC) is scheduled to take place during June 11 to June 15, 2012.