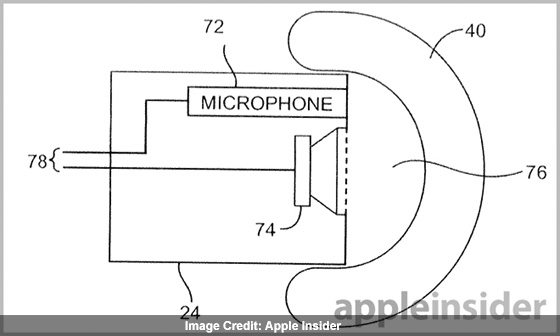 A report doing the rounds on the web has revealed that Apple is in the process of developing a type of in-ear headphones that will be capable of adjusting audio settings intuitively by detecting how it has been placed in users’ ears. In order to tweak the output, the Apple peripheral is likely to take the assistance of built-in microphones and electrical impedance measurements.

And in spite of adding all of these new features to the earbud headphones, the company has made sure that it doesn’t miss out on essential functions like noise cancellation. Apple Insider, who first came across the patent application, reports that the gadget is likely to be capable of sealing the ears in such a fashion that it cuts down on ambient noise without being uncomfortable to wear. It goes without saying that the peripheral will be designed to render an enhanced acoustic experience on the move. 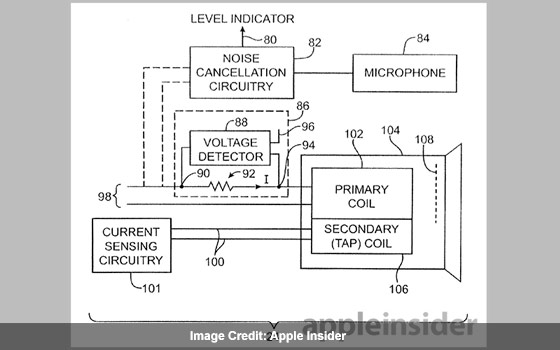 For all the new features to work as intended, it is necessary to create a perfect seal as the patent application clearly mentions that earbud-to-ear seal quality highly influences the performance. It not only affects the audio reproduction, but also volume and equalization levels. To do away with this particular problem, Apple has developed this technology which collects relevant data using the inbuilt microphones and accordingly adjusts the sound.

These microphones will be accompanied by a sensing circuitry that will be responsible for detecting impedance. And in case the internal system finds out that the seal quality is not up to the mark and users should adjust it for better audio, a warning will be revealed on the device connected to the peripheral. If it turns out to be as Apple wants, the earbuds may also be capable of tweaking volume, equalization or noise cancellation levels without the owner’s intervention.

The patent for the self-calibrating Apple earbuds headphones was filed back in February this year.