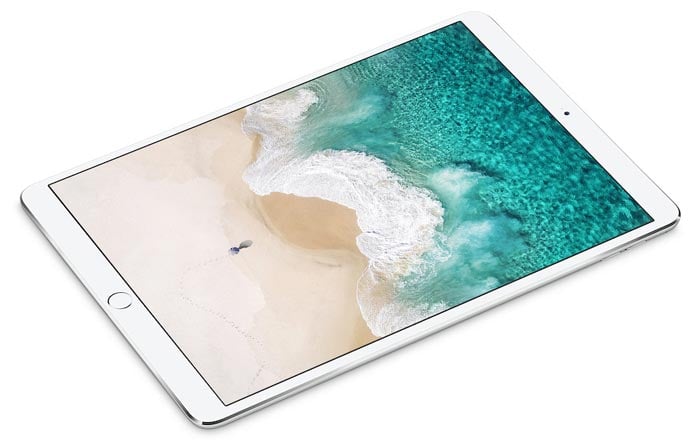 Apple’s WWDC 2017 event is all set to kick off today at 10:30 pm IST, unleashing a wave of new software and hardware at its keynote address. One of the main highlights is expected to be a long-awaited iPad refresh and now a new report confirms this while adding a bit more information to the mix.

French website Consomac spotted some interesting Eurasian regulatory filings which indicate that over 4 new iPads are on its way with the model numbers A1670, A1671, A1701, and A1709. Given the similarities between the first and last two, it’s likely these names represent 2 iPad models which differ in terms of cellular support.

Based on established Apple patterns, A1701 (Wi-Fi only) and A1709 (cellular) are very likely the new 10.5-inch iPad Pro. The slate has been doing the rounds of rumor mills for months on end and was expected to be launched earlier this year.

The 10.5-inch iPad Pro was at first predicted to be a bezel-less device, but that belief has since been revised. The general opinion now is that Apple won’t be quite that extreme when it comes to cutting down on borders. Narrower sides are still in play though, allowing the brand to fit a larger 10.5-inch display onto the body of a 9.7-inch iPad Pro.

As for the A1670 (Wi-Fi only) and A1671 (cellular), the two could be the new iPad Pro 2. The filings also included mention of a new ‘wireless input device (keyboard)’ with the unit number A1843. It’s probably a new version of Apple’s Magic Keyboard.

Rumblings last year hinted that Apple had acquired a firm called Sonder, an Australian startup behind a customizable smart e-ink keyboard which allowed users to dynamically change the keys based on their preferences. This would make switching to a new language or emoji keyboard much easier.

Apple’s additionally expected to unveil new MacBooks, a Siri Speaker, iOS 11, tvOS 11, macOS 10.13, and watchOS 4 at WWDC 2017. Stay tuned in to find out what exactly the brand has planned.