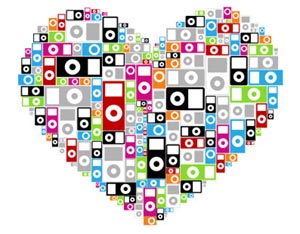 Yesterday, Apple announced that it has succeeded in selling its 100 millionth iPod, which makes the device the fastest selling music player in history! Apple surely has come a long way since November 2001, when the company introduced the first generation of iPods.

According to Steve Jobs, Apple’s CEO, “At this historic milestone, we want to thank music lovers everywhere for making iPod such as incredible success. iPod has helped millions of people around the world rekindle their passion for music, and we’re thrilled to be a part of that.”

Apple also keeps on updating its iPod software, iTunes with newer and more convenient and user friendly features. The iTunes online music store has also provided millions of people with easy as well as legal access to almost every genre of music.

Besides, there are presently over 4000 accessories made specifically fro the iPod that range from fashionable cases, speaker systems, video docks and more.

A number of celebrities have also vouched for the iPod and its quintessential nature.

Here is what Mary J. Blige, GRAMMY Award-winning singer had to say on the iPod, “It’s hard to remember what I did before the iPod. Ipod is more than just a music player, it’s an extension of your personality and a great way to take your favorite music with you everywhere you go.”

According to Lance Armstrong, seven-time Tour de France champion, “I take my running shoes and my iPod with me everywhere. I listen to music when I run. Having my music with me is really motivating.”

That’s not to say that only the rich and famous are having a great time using their iPods. People, like me and my colleague (we were recently gifted Video iPods!) are having the time of our lives with this sleek looking device. Gone are the days, when I would get bored while commuting. Now all I do is watch movies and listen to my favorite tunes on-the-go wherever I may roam!