Apple as a company has always been synonymous to good quality products, however the popularity it set off to post the iPhone’s launch is undisputable 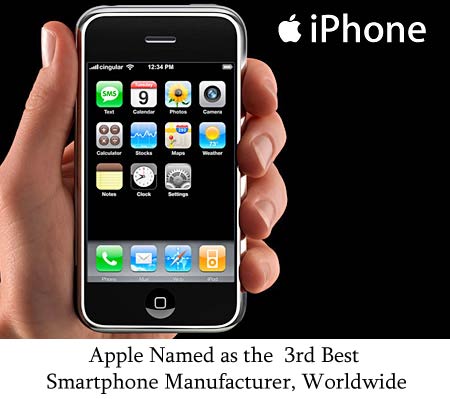 It is exceptionally commendable that Apple has now been announced as the world’s third largest smartphone maker, after Nokia and Research in Motion.

We all know that the Apple iPhone is available in only four countries as of now along with its expensive two year long contracts. According to market sources, Apple has noticed a shipment of 2,320,840 smartphones in the Q4 of 2007. Apple covers around 6.5 percent of total smartphones market, worldwide.

Pete Cunningham, Canalys senior analyst said “When you consider that it launched part way through the year, with limited operator and country coverage, and essentially just one product, Apple has shown very clearly that it can make a difference and has sent a wake-up call to the market leaders.”

Apple stands second in US market with 28 percent of the iPod-enabled mobile phone, which puts it right behind Research in Motion.