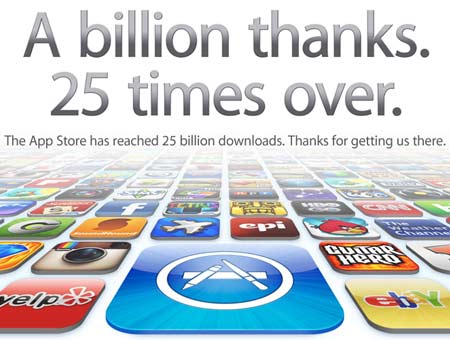 Just yesterday, Apple announced that App Store downloads have crossed the 25 billion mark. We’re assuming that those who were hoping for the $10,000 iTunes gift card which was announced as the prize for the 25 billionth app downloader are probably suffering from mixed feelings. Next time around, try not to blink.

As for the contest winner, a certain Chunli Fu from Qingdao, China was the fastest finger to the 25 billionth download. The application that won Fu the gift card was Where’s My Water? Free by Disney. Well, Swampy the Alligator is obviously not the only one with a wide, toothy grin stretched across his face right now.

“We’d like to thank our customers and developers for helping us achieve this historic milestone of 25 billion apps downloaded,” remarked Eddy Cue, senior vice president of Internet Software and Services, Apple. “When we launched the App Store less than four years ago, we never imagined that mobile apps would become the phenomenon they have, or that developers would create such an incredible selection of apps for iOS users.” 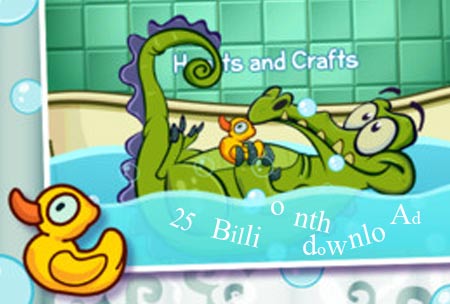 The contest which was thrown open a few months ago, kicked off with Apple starting a countdown clock marking the apps being downloaded in real time. The last we checked, it was somewhere around the 24.5 billion figure. The Cupertino-based company has offered something similar before with the 1 billionth App Store customer, the 10 billionth iTunes song download and the 10 billionth app downloader too.

With the mounting number of applications in the App Store and the increasing popularity of iDevices, this will clearly not be the last time we hear about Apple setting up an iTunes countdown clock to yet another milestone.