The unveiling of the new Apple iPhone range is finally upon us, even as a September 9 event for that purpose has been officially announced by the Cupertino-based company. The 6S and 6S Plus smartphones are expected to be the stars of the show, but there are even talks of a small 6c model and a new Apple TV console being prepped by the firm.

The September 9 date was being rumored since quite a long time. Pre-orders for the iPhone 6S and iPhone 6S Plus are expected to commence on September 11, while their actual sales will begin on September 18. This date will apply to the first wave of countries to get the handsets, while the second wave which usually includes India will get them on September 25, reportedly.

The new iPhone 6S models have been seen in a large number of leaks over the past few weeks, which is why we can speculate various features that will form part of their offerings. Apple will apparently be blessing them with Force Touch displays, which are sensitive not only to touch but also to the amount of force you’ll be applying to them. 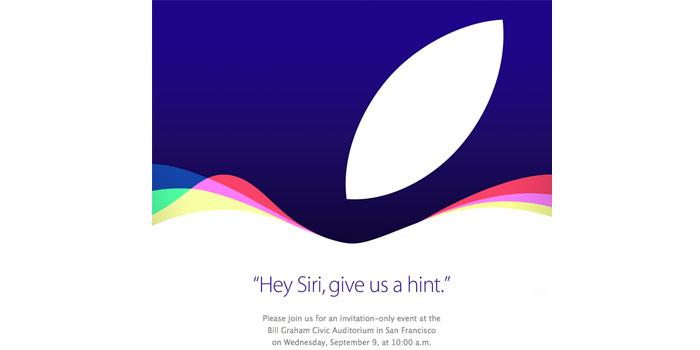 And then there are the updated cameras which are finally expected bring 4K video support to the iPhones. The main snapper will be 12MP this time around, and will be accompanied by an upgraded front facing iSight camera as well.

Also Read: Apple will replace your faulty iPhone 6 Plus iSight camera for free

The Verge tells us that the September 9 gathering of Apple for the unveiling of the iPhone 6S and iPhone 6S Plus will take place in San Francisco’s Bill Graham Civic Auditorium at 10am PST. Stay tuned as we’ll be bringing you all the latest from this event.