Apple is marching towards a wireless future, but it might have arrived at its destination at a much earlier date if a new Bloomberg report is to be believed. It seems the company was thinking of ditching the iPhone X’s Lightning port entirely to fully embrace the handset’s wireless powers.

This clearly didn’t happen and it’s easy to see why. Wireless charging is still significantly slower than wired charging. Plus, bundling a wireless charger would have significantly increased the price of the already expensive iPhone X.

Still, people familiar with Apple’s work say that its designers hope to remove most of the external ports and buttons from the iPhone eventually. It’s only a matter of time before the wired charging system disappears entirely, although this will easily take a couple of years to come true.

The article further delves into the current status of the AirPower mat. The wireless charging device was announced with great fanfare in September last year. There’s still no sign of it and Apple is being tight-lipped about its availability. Engineers were apparently hoping for a June 2018 unveiling, but a September one is more likely now. 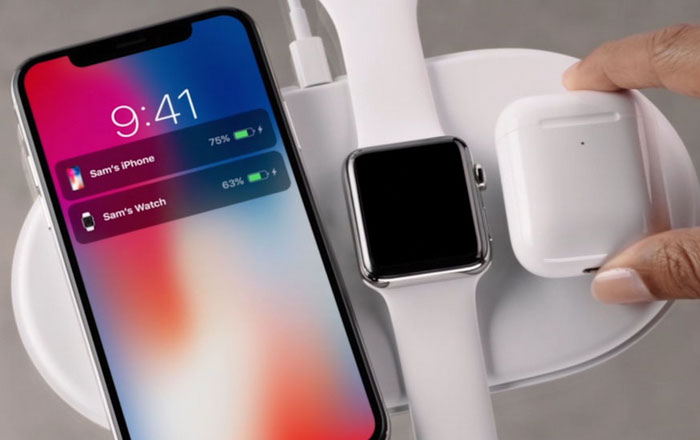 That would be pretty embarrassing for Apple. It has experienced product delays before, but rarely this long. The AirPower is proving to be especially challenging for a number of reasons. For one, engineers are said to be toiling away trying to prevent the accessory from overheating.

Another issue is the complexity of the circuitry. Most wireless chargers on the market support a single device, but the AirPower can fuel 3 namely the iPhone, Apple Watch, and AirPods. Apple also wants users to be able to place their devices anywhere on the mat instead of a specific spot.

Also Read: Apple expects giant iPhone X Plus to be its most popular model

The AirPower thus requires multiple charging sensors for this to be a reality. This process has apparently proven to be especially difficult because it requires differently sized charging components for the 3 devices. Apple’s using its own custom charging technology for the product, with an eye towards compatibility with the Qi wireless charging standard.

It seems the AirPower is a bit smarter than its rivals because it runs a basic version of iOS to conduct on-device power management and pairing. While this sounds great, Apple engineers are still trying to squash bugs crawling around the software.