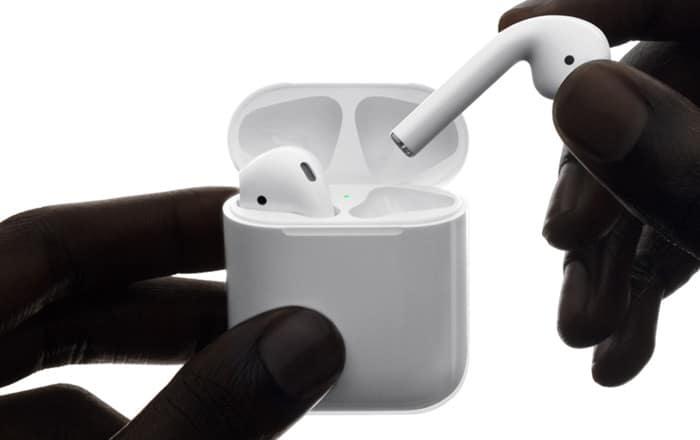 After reports of iPhones and MacBooks falling prey to drainage issues, it now appears to be the AirPods’ chance to face battery woes. A number of owners have taken to Reddit to complain about the charging case for the wireless accessories losing power too rapidly.

Apple had promised that the AirPods’ charging case would be able to hold several additional charges for more than 24 hours of total listening time. However, a few users are complaining that the case leeches out around 40% of energy within a few hours while the earphones are inside at 100% and nominal Bluetooth activity.

One particular Redditor claims that his charging case lost 15% to 20% of power overnight. He subsequently got in touch with Apple Support online. The staff wasn’t able to tell him how long the case should last when not being used. He later went for an in-store Genius Bar appointment. The employee there didn’t know what the normal drainage rate was either.

However, he did clarify that the case is designed to lose power over time since cycling the charge apparently helps improve the health of the AirPods’ batteries. This still didn’t explain how the owner’s case went from 100% to 0% within 2 days though. As a result, the user got a replacement pair which worked perfectly well and had no battery abnormalities.

There’s no way to tell right now whether the AirPods’ charging case issue is widespread or not. It’s possible that some circumstances can be attributed to initial charging cycle experiences, but there do appear to be a number of genuine problems which for now can only be sorted by getting a new pair. Apple itself hasn’t made any kind of statement alluding to the matter.