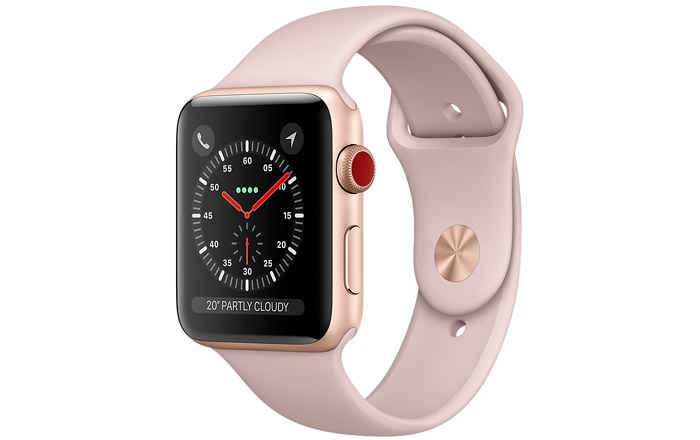 Apple made a big splash at its event last week by launching a new Apple Watch which didn’t need an iPhone to stay connected to the world. As it turns out though, the wearable has run into some major issues concerning its cellular capabilities.

Some reviews have pointed out that the Apple Watch Series 3 isn’t able to reliably connect to LTE networks. It seems when a person is travelling outside the device tries to connect to unknown Wi-Fi networks instead of automatically switching to cellular data.

This is a pretty serious flaw since the Apple Watch won’t be able to perform as advertised if it keeps searching for Wi-Fi connections instead of using its own data. The company has now acknowledged the problem and promised to fix it.

This confession is pretty unprecedented since Series 3 of the Apple Watch has only gone up for pre-orders and is due to start shipping tomorrow. This may hurt its sales since people will probably want to wait and see whether the issue will be resolved.

Apple’s official statement on the matter says that the Apple Watch Series 3 may at times get prevented from using cellular if it joins unauthenticated Wi-Fi networks without connectivity. It plans to investigate a fix for a future software release.

Sadly, Apple hasn’t communicated when exactly this will happen. Still, confirming the problem is a good first step since it’ll allow consumers to make an informed decision about whether they want to risk connectivity problems.