Apple’s new iPads have been available in China for a few months now and the company has finally added cellular models to the lineup with TD-LTE support. Both, iPad Air and Mini with Retina come with high speed data and they’re already up for grabs through the company’s online store and retailers.

Apart from TD-LTE support, the iPad Air and Mini with Retina will also be able to operate on TD-SCDMA, GSM/EDGE, DC-HSDPA and HSPA+ networks. Both tablets come with iOS 7 and they are powered by the latest Apple A7 chip which is based on 64-bit ARM architecture. The company asserts that users will be able to get around 10 hours of battery life on a single charge. 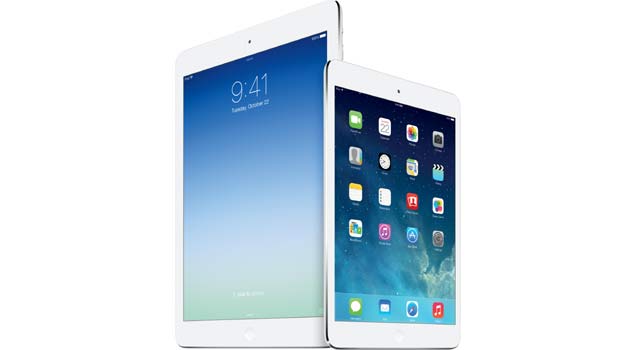 The iPad Air falls in the 9.7-inch segment carrying a high resolution Retina display with 4:3 aspect ratio. The Mini with Retina, on the other hand, is the successor to the first 7.9-inch iPad, carrying a faster processor and a high resolution display. In other news, Apple discontinued the iPad 2 and replaced it with the fourth generation model as an entry-level option. The company is also rumored to be working on a larger version of tablet.

Here’s a quick look at the iPad Air specifications:

The TD-LTE enabled Apple iPad Air and Mini with Retina are available for purchase at starting prices of RMB 4,488 and RMB 3,788, respectively.