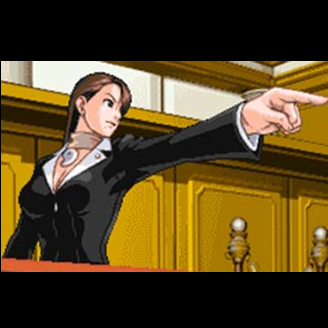 Capcom has announced that the latest installment of its hugely popular courtroom drama series Apollo Justice: Ace Attorney is scheduled for release in early 2008 in North America.

Apollo Justice: Ace Attorney happens to be the fourth game of the series and also the first one to e developed specifically for the Nintendo DS handheld gaming device. The game sees a change of direction in the story line as it introduces a new defense attorney called Apollo Justice as well as other characters.

In the game, players star as rookie defense attorney Apollo Justice as he visits crime scenes, questions key witnesses and collects vital evidence before stepping into the courtroom to prove his clients’ innocence. Facing Apollo across the courtroom is the highly talented and flamboyant prosecutor Klavier Gavin who, in addition to being a legal genius, is also lead singer with Gavinners, a highly successful rock band with a string of hits to their name.

He may be young and inexperienced but Apollo’s confident manner and passion, coupled with his unique ability to uncover witnesses’ lies by studying their body language, will prove invaluable assets in the courtroom as he pleads the case for the defense.

Thankfully, Apollo is not alone and is aided both in and out of the courtroom by his assistant Trucy, a mysterious female magician. Apollo also receives invaluable advice from his mentor the ultra-cool Kristoph Gavin, elder brother of Klavier, whose perfect logic and natural instincts have won him numerous cases and the respect of his colleagues.

Apollo Justice: Ace Attorney will be available exclusively for the Nintendo DS in early 2008 in N.America.