AOC, an electronics company headquartered in Taipei, Taiwan has decided to enter the Indian market and it has marked its debut here by unveiling two smartphones and one tablet. Available at pretty affordable price points, these 3G capable products have been targeted towards young people from the country.

First among the new introductions is the AOC E40 which happens to be an entry-level smartphone. Priced at just Rs 4490, it offers a 4-inch display bearing a resolution of 480 x 800 pixels. It’s of course a dual SIM device, and is powered by the combination of a 1.2GHz dual core MTK6572 processor and 512MB worth of RAM. 4GB of expandable storage and a 1600mAh battery are also onboard. 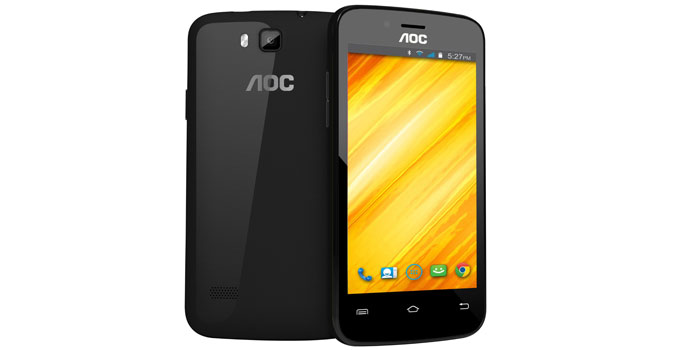 The other AOC smartphone is dubbed M601, and it sports a 6-inch panel of 960 x 540 pixel resolution. Underneath its hood, it hides a 1.3GHz dual core MTK8312 processor and 512MB of RAM. There’s a 5MP camera present on it as well, apart from a 0.3MP front snapper. This device can be purchased in black and flamingo red color options at Rs 7990. 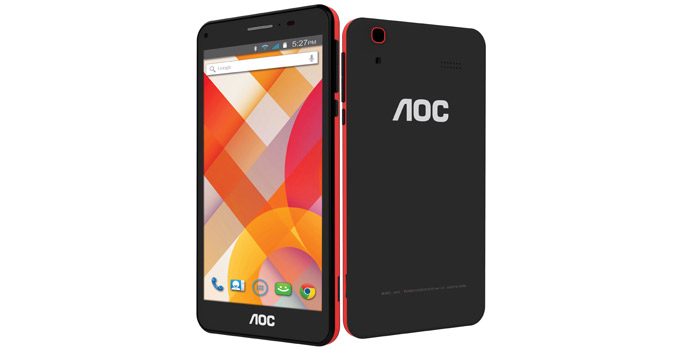 And then there’s the AOC D70V50G tablet which costs Rs 7750, and offers dual SIM slots just like the two smartphones we’ve spoken about in the space above. It kicks in a 7-inch display running its visuals at a 1024 x 600 pixel resolution. There’s a 1.3GHz dual core MTK8321 processor fueling its operations, taking assistance from 1GB worth of RAM. This tablet also kicks in a 2MP rear camera and a 0.3MP front one. 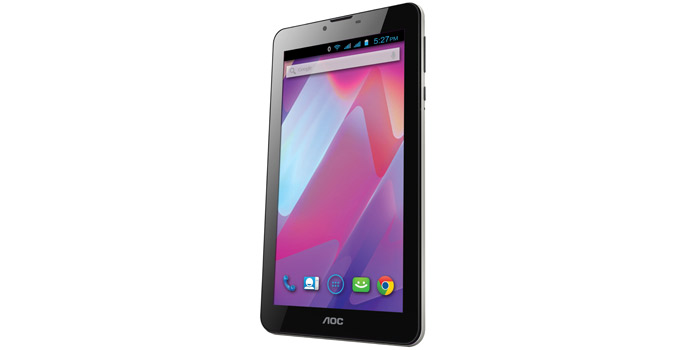 The AOC E40, M601 and D70V50G run the Android 4.4 KitKat OS, and bear support for 21 Indian languages. They are now available in select cities in India, and are ready to hit other areas soon.