Anyone for a 3D printed Hershey’s chocolate bar?

Remember the time we asked you if you would eat your face if it were made of chocolate via 3D printing? Well, would you eat a Hershey’s bar if it came out of a 3D printer? The Willy Wonka of chocolate makers has signed a multi-year deal with 3D Systems over the viability of creating edibles including confectionery products using 3D printing.

We can see the brand going after 3D printing if it wants to push intricately designed delicacies through production lines. But the additive manufacturing process is expected to be too expensive to invest in a regular bar of chocolate unless large scale mass production manages to make up for it. What we’re trying to say is, we wish Hershey’s would tell us more about it.

William Papa, Vice President and Chief Research and Development Officer at The Hershey Company, noted, “Whether it’s creating a whole new form of candy or developing a new way to produce it, we embrace new technologies such as 3D printing as a way to keep moving our timeless confectionery treats into the future.”

3D Systems is the same company that announced a tie-up with Motorola over the Project Ara modular smartphone back in November 2013. Interest in the technology by the food and hospitality industry is growing slowly but surely. UK-based Choc Edge is already selling the Choc Creator V1 machine which lets users make all sorts of treats out of chocolate. 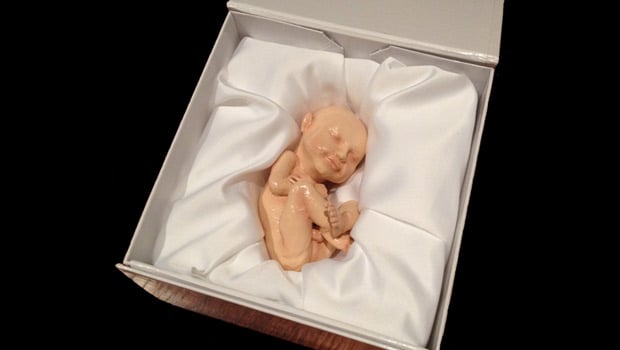 Imagine replacing everyday objects like a cracked coffee mug, broken keyboard button, damaged phone case and much more by simply printing out a replacement. That’s what the future holds for us if the idea really takes off. Of course, you will have to grin and bear folks who get excited about having a kid and shove creepy 3D printed baby fetuses like the one posted above, in your face.

But it’s not going to be all 3D Babies and what not. Adobe was eager to declare its support for the technology by recently adding an update targeted towards this field in Photoshop CC v14.2. Photoshop is literally a verb now. When a software as popular as that starts embracing it, you know it’s heading for mainstream already. 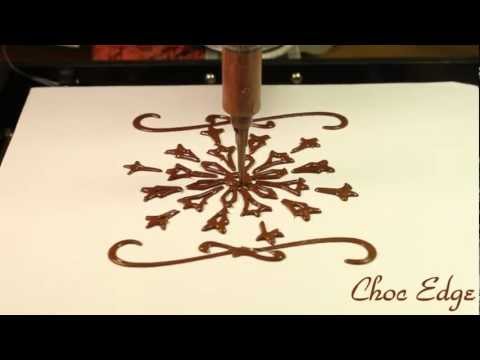 Coming back to the point, what do you think of 3D printed Hershey’s chocolates? As for us, we’re not gonna knock it till we’ve tried it.

Facebook
Twitter
Pinterest
Linkedin
ReddIt
Tumblr
Flip
Previous article
Would you eat your face if it were made of chocolate? 3D printing makes it possible
Next article
Satya Nadella is new Microsoft CEO, Bill Gates gives up his position as chairman