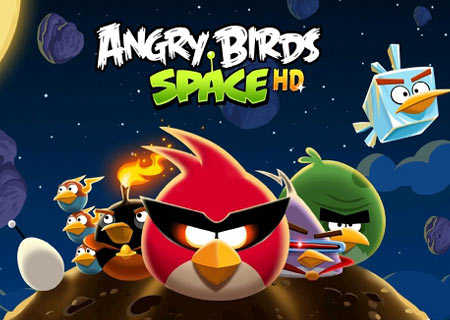 The feathery critters have taken off from yet another platform with the launch of the Angry Birds Space HD title for the BlackBerry Playbook. Avid gamers can head over to the BlackBerry App World to grab a copy of this particular version of the popular franchise.

From knocking off hogs in Rio and various other settings, Angry Birds has come a long way since its debut back in December 2009. And this new installment apparently takes things to newer heights, into space that is. In search of the stolen eggs, the birds make their way through a wormhole in pursuit of the culprit, a giant claw.

“If you’re a BlackBerry addict like me, the first thing you do in the morning is pick up your smartphone and check your email to see what happened overnight. Well, this morning I got a great surprise email from our game guru (and Director, Strategic Business Development for Gaming) Anders Jeppsson. Overnight, our friends at Rovio Entertainment Ltd. submitted Angry Birds Space HD for the BlackBerry PlayBook tablet to BlackBerry App World, and it’s now available for purchase!” states Donny H., Blog Manager for Inside BlackBerry.

With over 60 playable levels, the game packs in various additional features including fresh powers and abilities for the irate critters. Each environment puts players against different puzzles to solve. And based on a post made on the official BlackBerry blog, Rovio has introduced a few new characters along with a host of bonus levels.

The Angry Birds Space HD price tag reads as $2.99 and it’s available for download on the PlayBook through the BlackBerry App World, as mentioned earlier.