Nissan is out without its latest gizmo – the Nismo. We’re talking about a smartwatch here and our number two addition to the list of surprise entries in the segment. We’re not sure what prompted the automaker to unveil this wearable, but it now has boasting rights as the first one to introduce a watch that keeps drivers connected to their vehicles.

One prerequisite you’d need to fulfill in order to exploit the smartwatch’s potential – own a Nismo car. Nissan’s concept watch is meant to act as a useful intermediary between the driver and vehicle. Users will be able to hook it up via a smartphone app and Bluetooth LE connectivity. It will offer the basics such as stats on the speed at which you’ve been driving, road conditions and alerts for when maintenance is due. 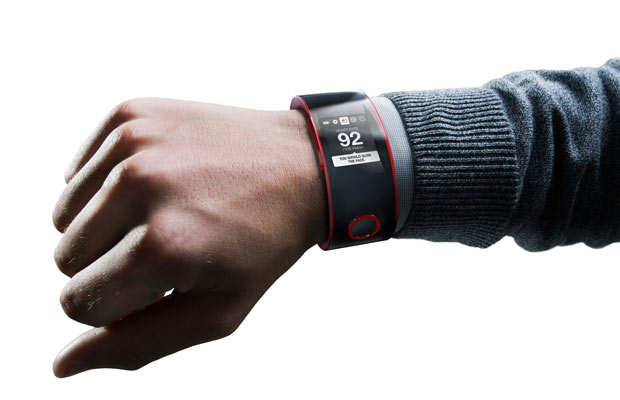 But it won’t stop at that. The wearable can also keep track of your heart rate and nag you into slowing down, alert you to what’s going on in your online social world and so on. Designed around a sleek, snap-fit mechanism, the smartwatch is quite stunning to look at and features a UI that can be navigated via two buttons. It will be made available in three color options of black, white and black with red.

The Nismo will be exhibited at the Frankfurt Motor Show that runs between September 10th and 22nd. Price and release details will have to wait. But we’re assuming you’d rather have a wearable you that’s not restricted to in-car use?