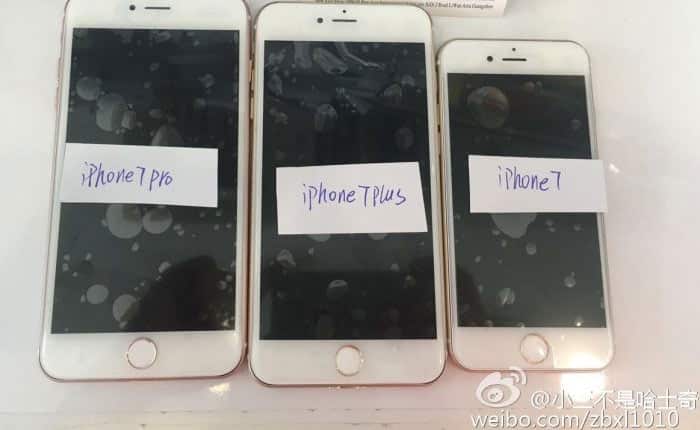 Welcome to another day of iPhone 7 leaks – this time Weibo has video as well as photographic evidence for us. The upcoming Apple phone has been splashed across the web so many times, you’d think a few of the folks who’ve gotten their hands on the device would have been able to tell us something about its specifications by now.

But as it stands, most of the leaked pictures including the latest ones only appear to feature the shell of the iPhone 7 or iPhone 7 Plus or iPhone 7 Pro. Nowhereelse has published photos of what are allegedly the three forthcoming Apple smartphones laid side by side. As you can see – no antenna bands. Also, the largest of the three (far left) is sporting the much-talked-about dual camera system. 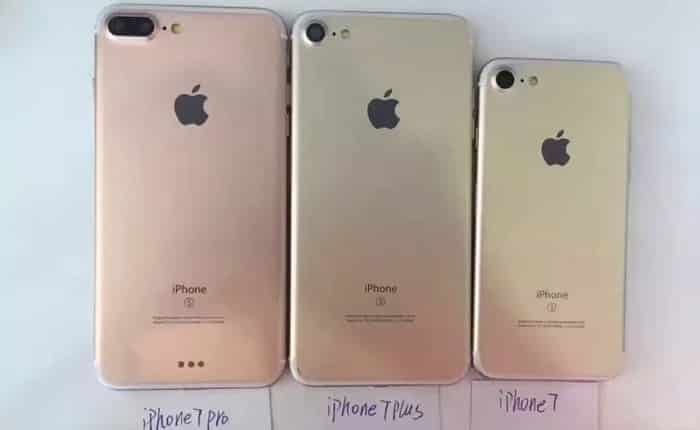 We want to believe that this is what the new iPhone 7 series will look like. Unfortunately, the rear casing of all three devices have an ‘S’ below ‘iPhone.’ And Apple is not due to release another ‘S’ lineup after last year’s 6S and 6S Plus handsets. There is also a mute switch present on the shells, contrary to previous reports.

Sorry for wasting your time. There are a few rumored specifications you can bet your best pair of socks on though. Apple might ditch the 16GB model in its next iPhone and start the base one at 32GB. That makes sense, given the eternally frustrating problem of limited storage on iOS devices, non-expandable memory and iCloud privacy scares.

Better hidden antenna bands are another big change expected in the iPhone 7. We can imagine Apple erasing said white lines on the back of the smartphone, though we don’t see any real need to do so. We’ll be happy if the company just does something about the rear camera bump, poor low-light photography and mono audio recording.