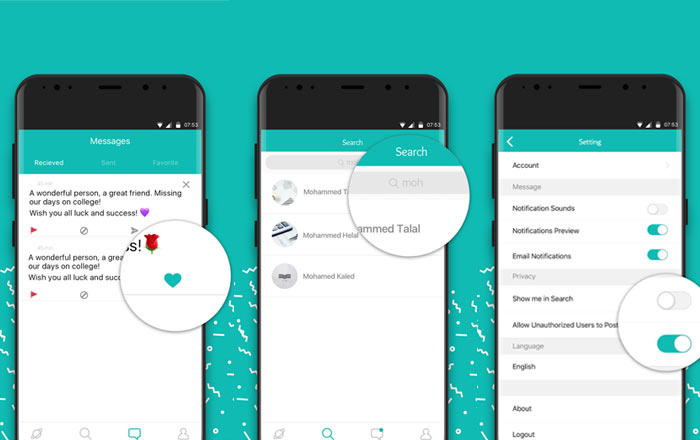 A new app called Sarahah has become something of an unexpected viral hit, shooting up the charts in multiple App Stores and Google Play Stores across the world. Chances are you might have spotted it across your social media presence and wondered what the hell it was.

Sarahah is the Arabic word for honesty and the app focuses exactly on just that. It started out as a site in Egypt back in February and has taken off as an application in places like India and the US. The premise is simple – you sign up for an account and create a profile, after which people can leave you an anonymous message that only you can see.

You can either allow anyone to post a missive or restrict that to registered users. There’s currently no option to reply to comments, but the developers behind Sarahah are considering making this an option. Privacy features include blocking senders, taking off your profile from search results, and only allowing individuals who you’ve shared your profile with to post on your page.

Anonymous messaging platforms where no one knows your identity are not a new concept, but Sarahah seems to have touched a particular nerve that guaranteed its status as a viral sensation. There’s no telling if it’ll last though, with many people already complaining about bugs and the pro-bullying atmosphere the tool generates.

Sarahah creator Zain al-Abidin Tawfiq initially intended the site to be directed towards businesses where he hoped employees would leave their bosses honest feedback. It’s since spiraled into the consumer market where people are using it to leave positive or hateful comments about their friends or enemies without the fear of getting called out.

As can be expected, there have been several cases of Sarahah being used for bullying, with many outright sexist and racist messages. The application is especially popular among teens who oftentimes share their messages on more public forms of social media, whether they be good or bad.

If you want to give Sarahah a spin and see whether the hype is worth it, you can download the app via the App Store or Play Store.