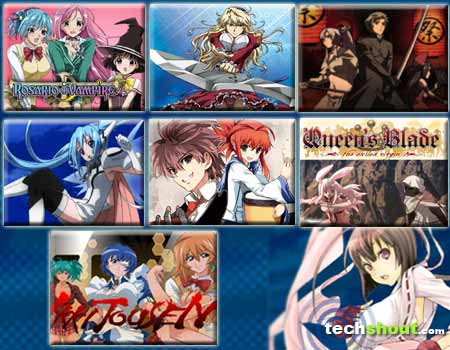 Anime like Sekirei are packed to the hilt with girls who steal the show with their cute yet deadly moves. Buxom women and attractive girls are what you can expect to see in each one of these anime. What’s more, you’ll even be enchanted by bodacious brawlers and voluptuous vixens that rule the anime series scenarios with their charismatic charm and gorgeous bodies. There’s a lot of comedy, romance and adventure to be had here, so read on. 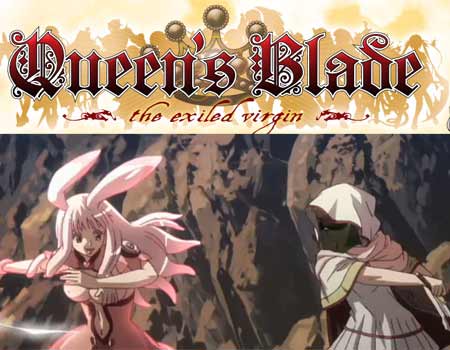 So you want to see girls taking part in grueling tournaments, battling it out to the finish? Well, if you like titles that ooze with this feature, then you’ll definitely want to take a peek at Queen’s Blade: The Exiled Virgin. The Queen’s Blade Tournament is a competition of strength and beauty and is held every 4 years in order to choose the next queen. 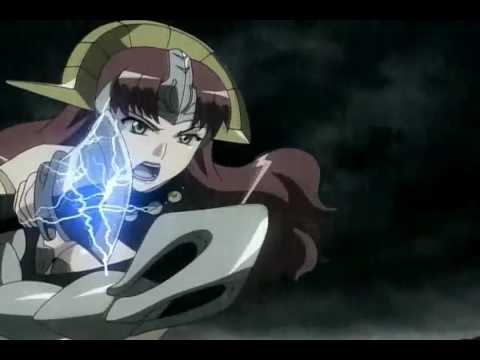 The storyline revolves around Reina Bansu who travels to Gainos, where the tournament is being held. The contestants must be older than 12 years and must comply with the simple match rules. They can be of any race, intelligence or even from any country. The girls vying for the position of top dog can opt for their own weapon and must render the opponent motionless in order to win. 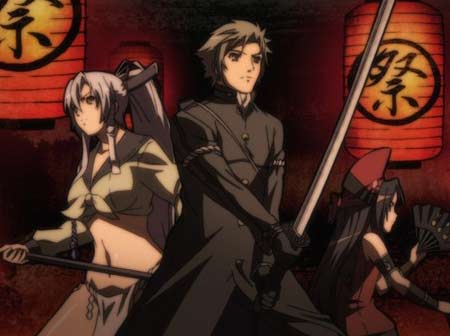 Want to dive into a serial where Samurai girls take center stage? Well, how about glancing through this particular entrant in our anime similar to Sekirei array that’s christened with the exact same words. Get your sword ready for battle and strap yourself firmly in as you’ll be transported to early 21st century Japan. This alternate universe sees the Tokugawa Shogunate still in power and student councils oppressing the schools there.

The story tells of a high school student named Yagyuu Muneakira, who revolts against the student council. He is aided in his endeavor by a group of brave girls who are all endowed with the names of renowned samurai heroes. Besides a heap of action, you can also expect to be bombarded with loads of comedy. 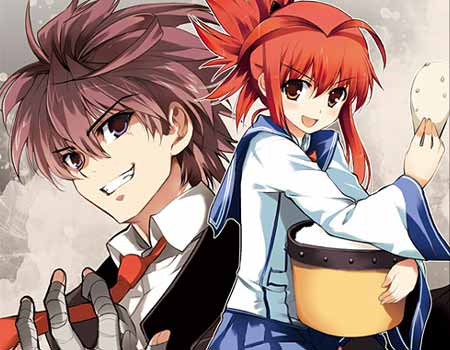 There’s more high school drama, romance, action, and comedy packed into Demon King Daimao. Also dubbed as Ichiban Ushiro no Daimaō, the story is dominated by magic, love, and battles, the perfect blend if you like elements such as these. A young boy named Akuto Sai wants to be one among the highest order of magicians. His aptitude test at the Constant Magical Academy suggests his future occupation – Devil King. When the academic year begins, Akuto finds himself desired by a girl who possesses mysterious powers, despised by the studious female class head and has his very own female Android bodyguard. 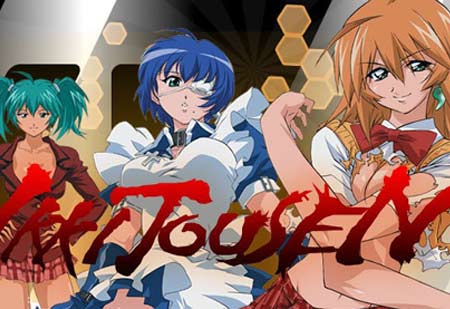 A new fantasy, battle-action series barges right into our Sekirei alternatives roster. Ikki Tousen is based on the manga comic that’s penned by Yuzo Shiozaki. Also known as Battle Vixens, this anime takes you to the Kanto region of Japan where 7 rival high schools are locked in territorial supremacy. The teenage fighters are guided by jewels that contain the spirits of ancient warriors. One of the beauty brawlers known as Hakufu Sonsaku is rumored to be the legendary Shou Haou. In Ikki Tousen, tattered tops and shredded skirts rule the roost here. Catch all the 13 episodes that are infused with action, comedy and exciting tournament matches. 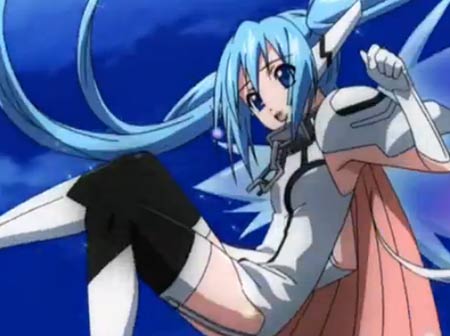 If you’re looking for beautiful girls falling right out of the sky, well you’re in luck. Heaven’s Lost Property sees an Unidentified Mysterious Animal (U.M.A.) plummet from the vast open skies and right into the life of Tomoki Sakurai. The stranger is none other than the beautiful, winged Ikaros who starts calling Tomoki, ‘Master.’ 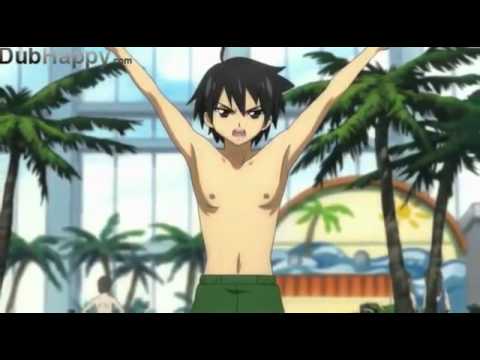 His quiet life is further turned upside down as Nymph and a new Angeloid make their way across the scene, with the latter being sent to do away with Tomoki. Watch as all the fun plays out in Heaven’s Lost Property, or also known as Sora no Otoshimono. ‘Your wish is her desire.’ 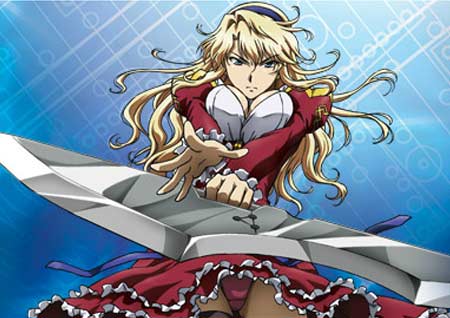 The next contender in our anime similar to Sekirei lineup is noted to be an amalgamation of science fiction, fan service, superpowers, harem, and action. Simply termed as Freezing, the events featured in this title take place in a futuristic world where a Japanese youth named Kazuya Aoi enrolls at the West Genetics Academy. This training facility is for buxom beauties who are referred to as Pandoras. They are all blessed with a deadly combination of attractiveness and superhuman strength. Now, Kazuya takes on the role of Pandora’s battle partner called Limiter. He further chooses to be the male associate of one of the most powerful girls called Bridgette L. Satellizer, in spite of being warned against it. 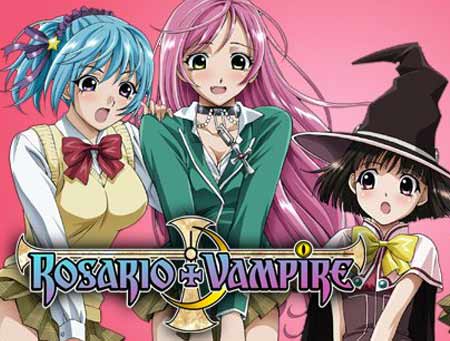 Many anime fan would certainly recognize Rosario + Vampire. The protagonist, Tsukune Aono is sent to a high school that’s filled with monsters. His human scent captures the fancy of a beautiful vampire called Moka Akashiya. Tsukune decides against running away and tries to keep a low profile in his new school.

But as time goes by, he realizes Moka’s true nature – when the rosary from her neck is removed, she transforms into a super monster. Bullies beware of this beauty who has a dropkick from hell. This one also includes dollops of comedy, fan service, harem, and supernatural elements.

Those who like action-harem anime like Sekirei will surely want to get a taste of all the aforementioned delights. Sekirei follows the story of Minato who encounters a Sekirei warrior babe called Musubi. The latter is searching for the right boy who will help unlock her hidden powers which will aid her in winning a supernatural slugfest. And as fate would have it, Minato is an Ashikabi, a set of masters who can bring out innate traits in the Sekirei.

Seen something you like? Well, do leave a mention about your favorite anime right here in the box below. You can even type in a few suggestions that may have been given a miss.